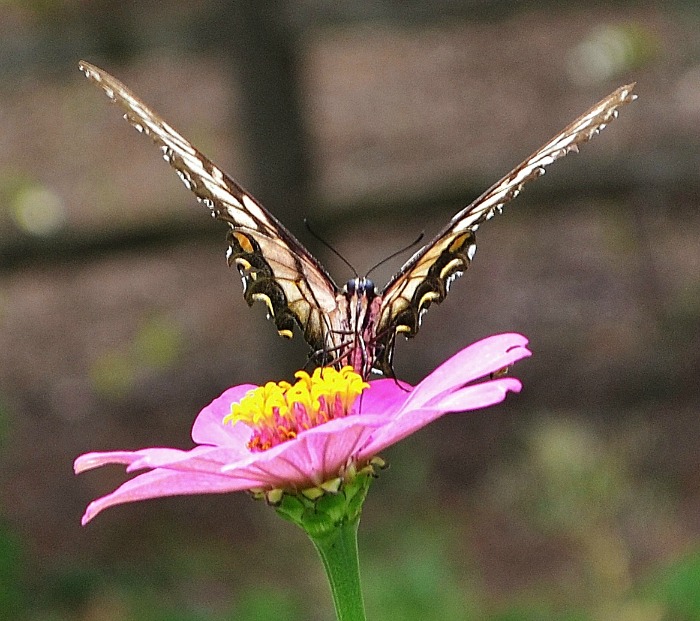 A mother begins her weekend breakfast routine, pulling ingredients from the refrigerator. Omelets on the family menu this morning. Before she knows it, her two-year-old daughter has climbed a chair and is now sitting on the kitchen counter.
“Momma, can I help?”
“Of course honey.”

The little girl removes an egg from the carton, and does her best imitation of momma, cracking eggs into the bowl. The first egg breaks on the rim, half staying in the bowl, the other half of the egg, on the counter, and now sliding down the front of the cupboards. Undeterred, and delighted to be cooking breakfast with her mother — “Look mama, I’m cooking,” she squeals — she smashes another egg against the bowl’s rim, and then another.

After the fourth egg, her mother barks in exasperation, “Noooo honey, this is not a good idea. Not right now!” I smile, because I can feel the mother’s exasperation. (There are moments in parenting, when regardless of the experts, there are, quite literally, no words.)

But here’s the unforeseen and astonishing deal: Chances are, that any helpful two-year old will break some eggs. At some juncture in my life, I will need to choose. Do I want a tidy kitchen, or a relationship with people significant in my life (even the ones that include the mess)?

But it’s not just a kitchen is it? It could be any script about my life that has been muddled or derailed. Such that we’ve been led to believe (or we have assumed, or perhaps, we have hoped) that real life happens after there is tidiness, or after the cleanup, or after the enlightenment, or after the script edit. (Lord knows we are reluctant to admit to any disarray, especially of a personal or spiritual nature. You know, “I used to struggle with that problem, but, of course, not anymore.” “Really? When did you quit struggling?” “About an hour ago.”)

It is true that messes unnerve some people more than others. But then, some people are just plain wired funny.

Our need for tidiness (fastidiousness, agreeableness) comes in many forms:
–if there are questions, we want answers
–if there are struggles, we make resolutions
–if we experience unsightly emotions, we apologize (“I’m sorry,” we will tell others, wiping away the tears.)
–if there are impediments, we want no loose ends
–if there is a blunder or muddle, we are given to a compulsion to explain

But life is not about avoiding broken eggs.
Life is about presence (broken eggs and all).

Consider this: while we are focusing our energy on the perfect picture (or omelet or relationship or child or church or faith or life script), our mind is already into the future, and because of that, we cannot be Here. Now. Present.

We have become skilled at (and consumed by) emotional multi-tasking.
It’s not just the tidy part that motivates us. We want the assurance that it brings: You know – NOW THAT THINGS ARE IN ORDER – I can enjoy life more.  “We are going to get this right,” we tell ourselves.
(After a weekend about the importance of Sabbath, one participant asked, “I get it, I need to do nothing, but what do I do while I’m there?”)

We are a culture big on resolutions (as in, making ourselves better). So long as the resolutions fit into our plans. A man had resisted efforts to run with a jogging group until his doctor told him he had to exercise. Soon thereafter, he reluctantly joined the group for 5:30 a.m. jogs on Mondays, Wednesdays, and Fridays. After a month of running, it was decided that he might be hooked, especially when he said he had discovered “runner’s euphoria.” “Runner’s euphoria,” he explained, “is what I feel at 5:30 on Tuesdays, Thursdays, and Saturdays.”

What gives?
If things are incomplete or messy or chaotic, of what are we afraid?

It is disturbing to me that we pass this on to our children. In the book Under Pressure: Rescuing our children from the culture of Hyper-parenting, “The modern belief that children need to be handled with extreme care, that the way to rear them is indoors, in places that are rigorously hygienic, accident-proof, climate-controlled, and under constant supervision.”
(I read that there is a school on the east coast that has banned the game Tag at recess, because it has been determined to be a health hazard. Really.)

Carl Honore is unequivocal, “Much of our thinking about children is shaped by fear–the fear that a shred of their potential will go untapped, that they will fail to shine, that they will be unhappy, lose their innocence, or dislike us, that they will grow up too quickly or too slowly, that they will reflect badly on us as parents.”

As a parent, I understand that temptation, but more insidious, is the connection between our prerequisite for tidiness, and our need to hide behind the safety of labels. Eve Ensler writes in Insecure at Last, about working with a group of woman at the Bedford Hills Correctional Facility. She knew these women would be tough, difficult. And that every one was there because of a mistake. And it occurred to her that we have frozen each woman in her mistake. Marked her forever and held her captive.

“Mistakes do not have faces of feelings or histories of futures. They are bad. Mistakes. We must forget them, put them away. Then I came to Bedford. Slowly I began to meet the mistakes, one by one. They had soft, delicate voices, strong hands, beautiful faces, feisty spirits, outrageous laughs. These mistakes were mothers, daughters, sisters, aunts, Christians, Muslims, Buddhists, Jews–they had fantasies and toothaches and bad moods and funky T-shirts. There was the mistake and the woman.”

There is a bad car accident on a busy street. A woman, from one of the vehicles, lay in the street, in need of medical assistance. A young woman bends over the body. A man rushes over. “Move away please,” he tells the woman. “I’ve had CPR training. Let me handle this.” He pulls out his training manual. After a minute, the young woman taps him on the shoulder and says, “When you get to the part about calling a doctor, I’m already here.”

It’s so nice, when we think we know everything. As a result, we want everything in its place.
There’s that tidiness again. And the price we pay?
More often than not, we miss the Spirit.
And yes, even in the untidiness, the Spirit is already here…

It is autumn. You can count on this: fastidiousness doesn’t serve you well in the garden. This is the time to celebrate and savor this great swan song of color and pageantry—leaves, ornamental grass seed heads, tenacious roses—equal parts extravagant, disheveled and excessive. And gladness.

Mornings at Blackwater
For years, every morning, I drank
from Blackwater Pond.
It was flavored with oak leaves and also, no doubt,
the feet of ducks.
And always it assuaged me
from the dry bowl of the very far past.
What I want to say is
that the past is the past,
and the present is what your life is,
and you are capable
of choosing what that will be,
darling citizen.
So come to the pond,
or the river of your imagination,
or the harbor of your longing,
and put your lips to the world.
And live your life.
Mary Oliver (from “Red Bird: Poems”)

Gifts that make our home

Gene Logsdon's father-in-law had tried his hand at making bootleg whiskey on his Kentucky farm.…

Can our wounds be sacred?

The shot is true, a low laser, past an outstretched goalie, into the corner of…