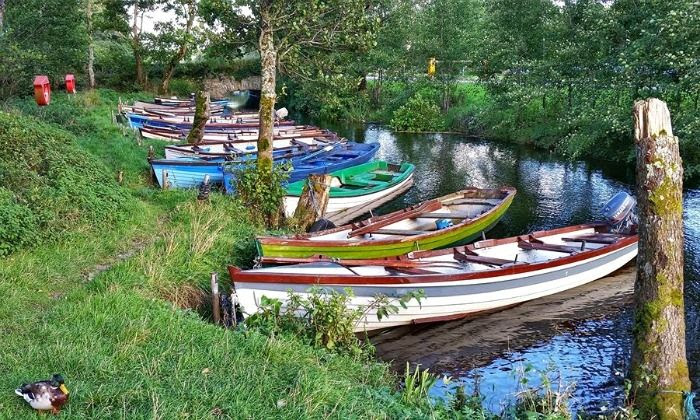 A rather unsophisticated man endured a medical operation with a 20% chance of survival.  When told about his condition and the odds that were against him, he engaged in no calculations and did not consult with another physician. He said simply, “I want to be one of the twenty percent.”
One year later, he reduced his work hours in order to make the time to travel many miles for radiation treatment, asking about increased dosage in order to “heal faster.” Intrigued by the man’s capacity to take charge and his persistent drive in the midst of a toxic environment–including the cacophony of expertise–his therapist, Dr. Edwin Friedman wonders, “How is it possible?”
In a session with the man, Dr. Friedman tells a story about the USS Indianapolis. At 14 minutes past midnight, on July 30th, 1945, midway between Guam and Leyte Gulf, two torpedoes from a Japanese submarine hit her. Nine hundred men were left helpless in the hostile environment of the Japan Sea enduring constant shark attacks, potential starvation, terrible thirst, suffering from exposure and their wounds. Although they knew it was to their advantage to stay close to one another (there were no life boats), some of the men swam away from the safety of the group and, either willingly or out of madness, gave themselves up to the sharks.
“How do you explain that?” Dr. Friedman asked his client.  “Unless you assume they were exhibiting extraordinary altruism, those men who swam away functioned in exactly the opposite direction from the one you have followed with regard to the dangers to your own life.  And yet, you have responded with cool, with stamina, with perspective, and with courage.”
The man answered quickly, “Those guys who swam away, they didn’t have no future.”

This week I received an email, “A friend sent your Sabbath Moment to me this morning. Thank you for this windfall of hope and grace! It was just what I needed today.” It is not an exaggeration to say that we are all (every single one of us) in the business of inviting and encouraging hope.
This week’s story is about the power of hope, and the courage to choose it. Even on days of shark-infested waters.

Of course, it doesn’t take much to go amiss with our mental gymnastics.
Starting with the notion that people who make it—with stamina, perspective and courage—are not the norm. They must be exceptional for that very reason. They were at the front of the line that handed out some brand of willpower, or an inside connection with God, or a lifetime supply of miraculous luck. Go figure.
Because Lord knows there are enough tragic cases of heartbreaking luck.
And, to have a future… it is not about eternity, or down the road, or even about our golden years.
To have a future is about the permission,
the freedom and the persistence to
love this
very
day.
Or, as Maya Angelou reminds us, “Have enough courage to trust love one more time and always one more time.”
This is helpful. Because we know that hope is not a commodity. Hope is accessing what is already inside every one of us.

In his book Crossing the Unknown Sea, David Whyte talks about exhaustion. He asked his spiritual director for help. He was told, “The antidote to exhaustion is wholeheartedness.”
“Excuse me?”
“You are so tired through and through because a good half of what you do here has nothing to do with your true powers. You are only half here; half here will kill you after awhile. You need something to which you can give your full powers.”

Again, Maya Angelou. “My great hope is to laugh as much as I cry; to get my work done and try to love somebody and have the courage to accept the love in return.”
A future is about honoring a wholehearted today.

After listening to his patient, Dr. Friedman writes, “Whenever anyone is in extremis–whether a marital crisis, an economic crisis, a political crisis, a health crisis–their chances of survival are far greater when their horizons are formed of projected images from their own imagination rather than being limited by what they can actually see.  Or to reverse it, to the extent the horizons of individuals in extremis are limited to what they can actually see, their chances of survival are far less than if their horizons include projected images from their own imagination.”
Imagination is another way of not giving in to scotoma (selective blindness—where we see only what we expect or have been programmed to see).
So, here’s the deal: From hope is born imagination.
From imagination comes the ability to dream.
From ability to dream comes the capacity to love.
From the capacity to love we know wholeheartedness…
and in wholeheartedness, there is a future.

I now have an answer to the question, “Terry, what do you want to do today?”
“I want to have enough courage to trust love one more time and always one more time.”

Easy? Of course not. But this isn’t a test, or about winning.
And discomfort is the price of admission to a meaningful and wholehearted life.
So. “Do not be dismayed by the brokenness of the world,” LR Knost wrote, “All things. Break. And all things can be mended. Not with time, as they say, but with intention. So. Love intentionally, extravagantly, unconditionally. The broken world waits in darkness for the light that is you.”

How is it that some of us make it, and some of us don’t?
Which way we choose “to swim,” is about seeing what we want to see.
Which means that we may not see what is already there. What is already inside of us. Here’s what I know: When life crises are viewed in terms of “systems thinking” rather than “straight-line linear thinking,” then outcomes other than giving up or escape become possible.  One outcome is the mobilization of what is inside–such as resiliency, courage, determination, self-regulation, stamina, audacity and faith.
Remember this: Many battles can be won simply by not giving up; one does not have to conquer the other.
Just like the man in the story, when you don’t give up, when you know you have a future (even if that future is only today), you become less reactive, less anxious, less blaming, more imaginative and more responsible.

Our east coast friends are weathering another blast. That can’t be fun. I wish for you safe havens in the storm.
I watched the Oscars. It’s so stress free when you haven’t been nominated.
The last week of February is rose pruning week. A sacred and life-giving ritual.
As for tomorrow? Well, it is never a guarantee. But if it comes, I choose to have enough courage to trust love one more time and always one more time.

Quote for your week…
There are really only two ways to approach life — as a victim or as a gallant fighter — and you must decide if you want to act or react, deal your own cards or play with a stacked deck. And if you don’t decide which way to play with life, it will always play with you.  Merle Shain

Notes…
(1) Shark attacks began with sunrise of the first day and continued until the men were physically removed from the water, almost five days later. Of the 900 who made it into the water, only 317 remained alive.
(2) Story from A Failure of Nerve, Edwin Friedman

Children live in a world of dreams and imagination, a world of aliveness. Playing Superman and feeling alive, hearing a voice deep inside, a warm and loving voice, a living, believing, voice, a wild and dangerous voice. Then he realized he couldn’t fly after all, and his God-hearing went bad. There is a voice of wonder and amazement inside all of us; but we grow to realize we can no longer hear it, and we live in silence. It isn’t that God stopped speaking; it is that our lives became louder–the increasing crescendo of our possessions, the ear-piercing noise of busyness, and the soul-smothering volume of our endless activity drowned out the still, small voice of God. It happens gradually.
Mike Yaconelli

Slow me down, Lord
Ease the pounding of my heart by the quieting of my mind.
Steady my hurried pace with a vision of the eternal reach of time.
Give me, amid the confusion of the day, the calmness of the everlasting hills. Break the tensions of my nerves and muscles with the soothing music of the singing streams that live in my memory.
Help me to know the magical, restoring power of sleep.
Teach me the art of taking minute vacations — of slowing down to look at a flower, to chat with a friend, to pat a dog, to read a few lines from a good book.
Slow me down, Lord, and inspire me to send my roots deep into the soil of life’s enduring values that I may grow toward the stars of my greater destiny.
Amen.
Wilferd Arlan Peterson

A funny thing happened on my way to writing this week’s Sabbath Moment.I walked out…

Just for the record, “normal” has never been on my list of goals. Let alone…

The power of love

There is a well-known experiment involving a group of ten monkeys, a ladder and bananas…