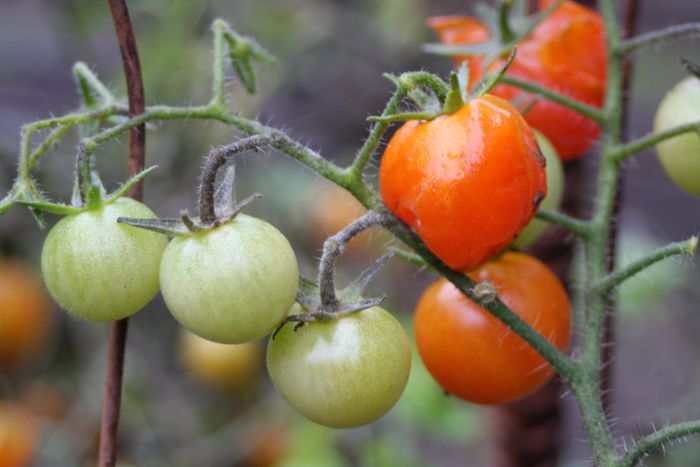 Athena worked as a physician in a large medical center. Athena worked night shift, where part of her job was to pronounce the death of patients. Patients she did not know.
A technically difficult task? No, but certainly, at times, a gloomy one.
After time, Athena complained that she had grown indifferent to the task. Meaning that she felt exhausted and disheartened. And somewhat desperate, because the practice of medicine had lost all meaning for her.
This is something every single one of us can relate to (whether that practice is service or care or relationships). When it comes to matters of the heart, we are vulnerable to depletion. Often without being aware of it. We simply juggle the side effects, weary, numb, cynical. Have you been there?

I can tell you that I have. I’ve been internally fatigued, and have wondered why I’m still in the business of ministry. For whatever reason, I internalize the message that lethargy delivers, and I’m in a push – pull drama between scarcity and sufficiency.

My spirit was buoyed this week by Athena’s story (from Frank Ostaseski’s uplifting book, The Five Invitations: discovering what death can teach us about living fully.) (Gratitude to SM reader Beth, sending it my way.)
Wanting relief, Athena asked Frank for a Buddhist ritual or practice that might help restore her sense of purpose, and the love that once inspired her.
His response is perfect, “A practice is unlikely to help.”
Instead, he invited her to “find the healing you long for in your own lineage.” Remember, as healers “we are lineage holders, when you put on your white coat, imagine it to be a ceremonial robe of Asclepius, imbued with wisdom and healing power.”
Okay, this is important. In all matters of courage and the tenacity of the spirit, healing comes from the inside, not from the outside.

We are, every single one of us, in the business of care. Because we connect and give and learn and grow with our heart. It is what it means to be human. It also means that we are at the mercy of depletion.
Of course the daily bombardment of cynicism doesn’t help. So just showing up, takes courage.
We are tempted to fight or battle with tricks and stratagems, for whatever reason we have not learned to trust our internal reserve. That we are lineage holders, carrying on what has been carried on before us. The bottom line is that this is true whether we believe it or not.
Healing and sustenance goes beyond just the power of positive thinking. In the movie Kingdom of Heaven, about the battle for Jerusalem in the Middle Ages, Balian of Ibelin began knighting ordinary men, making them to understand that inside of them was a knight, something far greater than the limitations of their birth or fears or status.
The Bishop, Patriarch of Jerusalem (almost crying): “Who do you think you are? Will you alter the world? Does making a man a knight make him a better fighter?”
Balian of Ibelin: “Yes”
“Look up at me,” Balian of Ibelin was saying to each man. “See in my eyes something more and far greater than you see and know in your limitations.”
Yes. Find the healing you long for in your own lineage… the lineage of knighthood. Healer.

It was a year later, in a conversation with Dr. Rachel Naomi Remen, when Frank learned the rest of Athena’s story.
Rachel told him that Athena had become revitalized in her medical practice.
Turning toward her own lineage made sense, as she descended from a family of physicians (including her father and her grandfather).
With their help, she found her own healing ritual. Her grandfather had been a country doctor, and she had inherited his shabby old black doctor’s bag. In it, she placed her father’s stethoscope, a small candle, and some essential rose oil favored by her grandmother. She kept this kit in her locker at work.
Not just a kit, but also a reminder of the source of our influence.
When called upon to declare a death, Athena fetched her bag and carried it to the patient’s room. Frank writes, “Often, she would pause quietly at the threshold to gather her breath and call on her ancestors for support. Sometimes there was a nurse present who pulled out the intravenous lines and removed the stickers that were used to track heart rhythms. Athena placed the small votive candle on the bedside table, lit it, and removed her father’s stethoscope from her grandfather’s bag. In silence, she examined the patient, listened for the sound of a heartbeat, and mindfully watched to see if the breath had stopped. She felt intimacy in these simple actions. Then she removed the small vial of rose oil and, taking a bit on her fingers, places a few drops on the forehead of the person who had died, adding a short intuitive prayer: ‘May you be at peace, may you find rest, may all your suffering come to an end.’”

Here’s why this makes a difference. Athena had been trained in a particular role as doctor (which included to be self-denying and to trade her humanity in for expertise). She felt that she could no longer play that role. In other words, her identity and capacity as a healer was more than the role.
Finding this personal ceremony awakened her and restored her love of medicine, inspiring her to continue to be the healer she had always hoped she would become.
Here’s the deal: When we move beyond any role to our authentic self, we can…
…Listen to the call of our soul
…Awaken the courage to step out
…Embrace our innate kindheartedness
…and Give from our heart

Whenever adversity strikes, heroes are simply ordinary people who embrace their lineage. Among the heroes of Hurricane Harvey have been hundreds of volunteer boaters, including members of the so-called Cajun Navy and other similar groups, who have patrolled the flooded streets of Houston in their own boats, pulling stranded families off of roofs and bringing them to shelter.
“We’re trying to do what we can,” said Ben Theriot, an engineer whose house near Baton Rouge was flooded in last year’s storms. “I had people that I barely knew showing up to help me. The best way you can thank somebody for helping you is to go help somebody else.”
I love the article title in the New Yorker this week, “Why does America need the Cajun Navy?”
There is a social elegance in the idea that working-class families were rescued by working-class heroes in boats, in episodes that not always, but sometimes, cut across racial lines. “Floodwaters don’t discriminate,” was a slogan that circulated after the Baton Rouge floods. And neither does depletion.
So lineage? We’re not just citizens, we’re the Cajun Navy. Why? “You’ve got to try to repay the favor when someone else is in need,” said one. “And besides, some of them were just really scared people.”

It is Labor Day, time to put away the tools of toil. But I’ll be in the garden with tools that don’t deplete.
Labor Day also means college football season is here. The University of Michigan dominant over Florida (just sayin’). And University of Washington an easy first win. (Yes, I like college football.)
Friday night celebrating island artists, and music with Rumor Has It.
A shout out to all our Houston Sabbath Moment friends. We send prayers and resources to the good organizations on the ground there.

Quote for the week…
Do you want me to tell you something really subversive? Love is everything it’s cracked up to be. That’s why people are so cynical about it. It really is worth fighting for, being brave for, risking everything for. And the trouble is, if you don’t risk anything, you risk even more. Erica Jong

Personal note: Speaking of replenishment, please join me September 13 or 14 for a webinar on creating sanctuary.
And mark your calendars; another Sanctuary eCourse begins October 2.

My friends, do not lose heart. We were made for these times…
I urge you, ask you, gentle you, to please not spend your spirit dry by bewailing these difficult times…
I grew up on the Great Lakes and recognize a seaworthy vessel when I see one. Regarding awakened souls,
there have never been more able vessels in the waters than there are right now across the world.
Ours is not the task of fixing the entire world all at once, but of stretching out to mend the part of the world that is within our reach.
Any small, calm thing that one soul can do to help another soul, to assist some portion of this poor suffering world, will help immensely.
There will always be times when you feel discouraged. I too have felt despair many times in my life, but I do not keep a chair for it.
I will not entertain it. It is not allowed to eat from my plate.
The reason is this: In my uttermost bones I know something, as do you. It is that there can be no despair when you remember why you came to Earth,
who you serve, and who sent you here. The good words we say and the good deeds we do are not ours. They are the words and deeds of the One who brought us here.
In that spirit, I hope you will write this on your wall: When a great ship is in harbor and moored, it is safe, there can be no doubt. But that is not what great ships are built for.
Clarissa Pinkola Estes

Saint Francis and the Sow
The bud
stands for all things,
even for those things that don’t flower,
for everything flowers, from within, of self-blessing;
though sometimes it is necessary
to reteach a thing its loveliness,
to put a hand on its brow
of the flower
and retell it in words and in touch
it is lovely
until it flowers again from within, of self-blessing…
Galway Kinnell (excerpt from the poem Saint Francis and the Sow)

It is pumpkin time. And our leaf theatre amazes and soothes and mesmerizes and charms.…

This past week we remembered Dr. Martin Luther King Jr. Four years ago I stood…

When your internal conversation begins, “I wish my life were different,” your headaches have only…