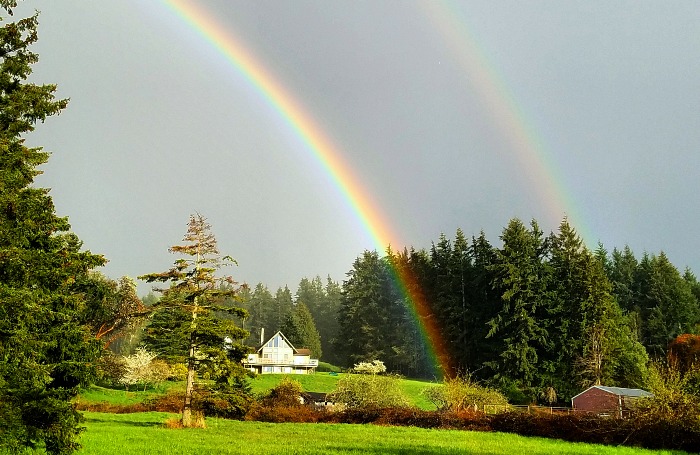 No travel for me this week. So I let the garden work it’s magic. My face is healing, and my spirit.  It could be worse, one guy saw my black and blue and asked, “Did you fly United?”
A blessed Easter and Passover to each of you. Time to celebrate resurrection. The stone is not the final word.  Captivity is not the final word. And you never know where you’ll find resurrection stories. Let me tell you one.

Ben Comen holds the record as the slowest cross-countryrunner in the United States of America. On a typical 3.1 mile race, he takes over 40 minutes to complete the race. The best runners are easily under 20 minutes. There is a catch. Ben Comen is not a normal runner.
Born with cerebral palsy, Ben has limited control of his arms and stiffness in his legs. It makes running a strenuous task. When he sleeps, he wears a cumbersome leg brace to keep his leg functioning properly.

Yes, Ben is different. And we are good at labeling people who are different. Perhaps we could learn from them. Maybe even be inspired. While Ben has cerebral palsy, the disease does not affect his intellect–he gets A’s and B’s in school–but it does seize his muscles and contort his body, and gives him the equilibrium of someone drunk on New Year’s Eve.  None of these inconveniences seems to dissuade Ben however. Why? Because Ben loves to run.

“I’m more relaxed when I run,” is the way Ben explains it. “When I run, nothing bothers me much.”
Which is not a big deal until you listen to his mother Joan. “He loves to run; but at first we didn’t think he would ever walk.”
So.  Ben Comen has been running all his life.  Not from something, but towards something.

Always with a dream, even as a young boy, Ben wanted to be a member of a sports team. There were schools that said yes, but with unambiguous conditions. But here’s the deal: Ben wasn’t satisfied sitting on a bench or being a water boy. Ben wanted to run. Ben wanted to compete. And Ben’s life changed when high school cross-country coach–at TL Hanna–Chuck Parker said, “Yes. Bring him on!”
Ben put in his hard work. Waking up before dawn on most days, he would go for his own training, jogging around the community of Anderson, South Carolina. Some days, his siblings-including twin Alex-would join in. But mostly he trained on his own.
At each race the starting gun sounds. The race begins. And the “pack pulls farther and farther ahead while Ben falls farther and farther behind. He slips on the wet grass and falls forward (it’s a good race if he only falls once).” Often when he falls, it hurts. He is sore and bloodied. But he gets back up and keeps running. Why? Ben won’t quit. Even when the pack is out of sight and Ben is running alone.

“It’s sometimes hard to keep going when I’m all by myself.” Ben admits.
“Every time he falls my heart stops,” his Mom says. “And then he gets back up.”
“My goal is to cross the finish line no matter what. If I’m having a bad race I still keep going,” Ben says. Yes, Ben is an inspiration. Not because he wins. But because he hasn’t quit, once. Through rain, wind or welt, he always crosses the finish line. Simon Senek writes, “But this is not a story of ‘when the going gets tough, the tough get going.’ This is not a story of ‘when you fall down, pick yourself up.’ Those are great lessons to learn, but we don’t need Ben to teach us those lessons. Ben’s lesson is deeper.”

And it’s some sight when he crosses the finish line. “Ben clunking his way home, shepherded by all those kids, while the cheerleaders screech and parents try to holler encouragement, only to find nothing coming out of their voice boxes. The other day Ben was coming in with his huge army, Ben’s Friends, his face stoplight red and tortured, that laborious gait eating up the earth inch by inch, when he fell not 10 yards from the line. There was a gasp from the parents and a second of silence from the kids. But then Ben went through the 15-second process of getting his bloody knees under him, his balance back and his forward motion going again–and he finished. From the roar you’d have thought he just won Boston. ‘Words can’t describe that moment,’ says his mom. ‘I saw grown men just stand there and cry.'”

Why do people hang around to watch the slowest high school cross-country runner in America?
Why do they want to see a kid finish the 3.1 miles in 51 minutes when the winner did it in 16?
Why do they nearly break their wrists applauding a junior who falls flat on his face almost every race?
Why do they hug a teenager who could be beaten by any other kid running backward?
Why do all of his teammates go back out on the course and run the last 10 minutes of every race with him?
Why do other teams do it too? Because Ben Comen never quits.

It would be easy. To quit, I mean.  As if we are stuck… whether feeling a victim. Or hopeless. Or forlorn. But it’s only a problem if we assume it is the final word.

But here’s the deal: When we don’t quit, we make a difference, one choice at a time.
A coach who invited this kid to become part of the team.
A group of boys that made Ben feel like one of them, like a member of the team.
A mom and dad who allowed their child to be normal even in the face of adversity.
A community who embraced someone who was clearly different.
A young boy who only wanted to finish the race.

It’s not that largesse is the cure. It is the acknowledgment that there is a power, not from compulsion or obligation, but honoring the light, the flame that is alive inside.

I like Anne Lamott’s take, after “Easter… the crucifixion looked like a big win for the Romans. The following Monday, Caesar and Herod were still in power. The chief priests were still the chief priests. (And meanwhile, in a tucked-away corner, the 12 were transformed. And some women, too.)  It’s amazing to stop pretending that things are not as bizarre and dire or hard as they are, in the marriage, for your grown child, in the nation. To be where your feet are, and to feel it all: the swirl of doom, of gratitude, of incredulous fear, of wonder, of hate, judgment, love.”

The patio chairs come out on Easter. A light breeze, a good ache from reworking two garden beds. And a heavenly Bordeaux.
Did you see that April the Giraffe finally welcomed her fourth calf Saturday morning?  After weeks of waiting, the giraffe gave birth at Adventure Park in Harpursville, N.Y. She knew… it was a perfect week for new birth.
But, I’ll let Ben have the last word, “Look at that funny looking, funny walking kid (people would say). Now they can say all they want. I’m still going to do what I’m going to do.”

P.S. “Ben can get to you that way. This is a kid who builds wheelchair ramps for Easter Seals, spends nights helping at an assisted-living home, mans a drill for Habitat for Humanity, devotes hours to holding the hand of a disabled neighbor, Miss Jessie, and plans to run a marathon and become a doctor. Boy, the youth of today, huh?”

Quotes for your week…
My continuing passion is to part a curtain, that invisible veil of indifference that falls between us and that blinds us to each other’s presence, each other’s wonder, each other’s human plight. Eudora Welty

Anybody can find something they can do–and do well. I like to show people you can either stop trying, or you can pick yourself up and keep going. It is just more fun to keep going.  Ben Comen

love is the every only god
who spoke this earth so glad and big
even a thing all small and sad
man, may his mighty briefness dig

so truly perfectly the skies
by merciful love whispered were,
completes its brightness with your eyes

We hold onto power, we hold onto greed.
We hold onto things we don’t really need.
We hold onto hatred, we hold onto fear,
And close ourselves off till we can’t feel you near.
[pause] Open our hands, Lord. Help us let go.
Open our minds so your justice may flow.
Open us up so your peace can pour through,
And make our hearts ready, so we can hold YOU.
Amen.
Mark Burrows

freedomGRACEgratitudehearthopelive wholeheartedPERMISSION TO BE YOU
Please Share This
Related Posts

Have you ever thrown your hands up into the air, and shouted to no one…

Listen to your heart

I spent this past week tasting wine in Languedoc-Roussillon, in southern France. It’s not a…