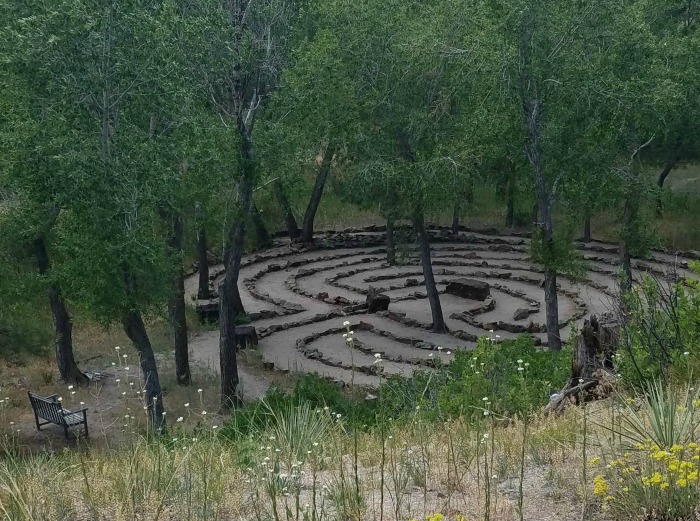 ‘Twas the night before Christmas, when all through the house. Not a creature was stirring, because I’ve been sick.
A little too gloomy? Fair enough. Perhaps needing a healthy dose of anticipatory enchantment? Got it.

This I do know; when you are sick (and enchantment is in short supply), you have time to think. And that’s good.
And I’ve been thinking about our immune system. Which is a perfect metaphor to explain the bigger picture of my year.
When your immune system (physical, emotional or spiritual) is down, you are susceptible. And predisposed to scotoma (selective blindness, seeing only the symptoms that derail you).
And when we are susceptible, we are vulnerable…
…to giving up, to losing hope, to not believing, to presuming that fear is the final word, to seeing only what is unforgivable.
We have forgotten our internal immunity, which protects us against gracelessness and distrust and fear.

Gratefully, I know that stories are Vitamin C for the soul.
By Christmas, 1914, World War I–raging for only four months–had already become one of the bloodiest wars in history.  Soldiers on both sides were trapped in trenches, exposed to cold and wet winter weather, covered in mud, and susceptible to sniper shots.
On December 7, 1914, Pope Benedict XV suggested a temporary hiatus of the war for the celebration of Christmas, asking “that the guns may fall silent at least upon the night the angels sang.” Powers that be, said “No”.
And yet. On that Christmas Eve in 1914, in a place of mud and cold and bloodshed, something unexpected and extraordinary occurred.
A few men saw what others did not see.
With strains from Christmas carols (in three languages) floating into the sky, soldiers from both sides–in the fields of the southern portion of the Ypres Salient–stuck their heads out of the trenches, set aside their weapons and their hatred, if only temporarily, and walked out to meet in No Man’s Land.
Captain Charles Stockwell was one of the first out of the trench. He writes that he shouted, “Don’t shoot. We don’t want to fight today. We will send you some beer.”
The men exchanged presents of cigarettes and plum puddings and sang carols and songs. There is a story that soldiers from opposing sides played a good natured game of soccer.
One officer writes in a letter home, “We shook hands, wished each other a Merry Xmas, and were soon conversing as if we had known each other for years. We were in front of their wire entanglements and surrounded by Germans–Fritz and I in the centre talking, and Fritz occasionally translating to his friends what I was saying. We stood inside the circle like street corner orators.”

Thomas Merton reminds us, “If we really want prayer, we must slow down to a human tempo and we’ll begin to have time to listen. And as soon as we listen to what’s going on, things will begin to take shape by themselves. The reason why we don’t take time is a feeling that we have to keep moving. This is a real sickness.”

So here’s the deal…
This week, send up a prayer.
Or perhaps, meet in no-man’s land. You never know…
Practice a random act of gentleness.
Give gratitude a place to take root in your heart.
Remember that hospitality and inclusion have a way of healing us, just when we least expect it.
Know it is the little things that express love in profound ways.
And let yourself receive something powerful in the presence of faith when you are doubting.

It is no exaggeration to say that every one of us has a battlefield. And in truth, the battlefield can be entirely internal. I may not need an enemy. You know, someone or something to push against. Although I create one.
I only know that something is unsettled, so I view –look out at life and the world—with suspicion or mistrust. And it colors the choices I make—compromises my immune system—and I forget my capacity for generosity, kindness and compassion. The enemy consumes my well-being, and I live exhausted.

Yesterday, Zach and I enjoyed Star Wars: The Last Jedi. The story of finding hope in a world where it looks like the dark side will win. Rey (woman who show signs of the Force) says to Luke Skywalker, “Something inside me has always been there, but now it’s awake and I need help.” And that something? Hope.
Yes.
And that is the reminder we get each Christmas.
It is fitting that this reminder does not come from trumpets, or armies, or might, or braggadocio.
It comes from a child.
Yes. It comes from a child.

My friend Martin Townsend wrote in his homily last week, “In this story, in this birth, God has chosen to invite us to know true holiness in the vulnerable simplicity of a baby.
In making his entrance through the mire of a stable, God showed us that flesh and blood, dirt, sweat, and tears, fear and shattered dreams, are good enough for him.
To all of this, the first words of the Christmas message are, “Do not be afraid.” The angels have our number. They skip right over our pretensions of self-importance; they pay no attention to the comforts of our denominational and political biases. They go straight to the mucky, drafty stables of our fears and thwarted hopes.”

In all fairness, some of us are not in a place where kindness or compassion or hospitality is easy. Because there is something in our world that is heavy, unsettling and sad. And the stories I receive in letters remind me that our world is fragile. So here’s our question: how do we honor a no-man’s land in this kind of world?

It’s worth watching the 2014 Jimmy V award speech (named for Jimmy Valvano’s foundation and pledge to fight and beat cancer) of legendary ESPN anchor Stuart Scott about his seven-year-long battle with the disease.
“When you die, that does not mean that you lose to cancer. You beat cancer by how you live, why you live, and the manner in which you live,” Scott told those gathered. “So live. Live. Fight like hell. And when you get too tired to fight, lay down and rest, and let somebody else fight for you.”
Scott said the support of his family, friends, and bosses helped him through these hard times. “This whole fight, this journey thing is not a solo venture. This is something that requires support.”
(Scott died in January 2015.)
On Christmas Eve in 1914, soldiers on both sides chose hope. And I say that even if only for a day (or a moment), it’s always the choice worth pursuing.

I’m home tonight. Christmas music fills the house.
Outside snow is falling, and the garden appears stoic, no doubt befuddled after a week of freezing weather. Looking outside my window, I see a branch with rose buds, a glowing pink, still tight, looking like candle flames against the winter backdrop.
A Blessed Christmas season everyone.

Shepherds
Night.
The sheep huddled against this big rock.
Jake keeps watch while I wrestle with sleep:
—wool prices down, third year
—owner talks of selling out
—Jake and me—Where do we go?
—Martha’s carrying our fifth child
—rumors that Herod’s at it again,
—this time killing babies.
—Same old story:
the Empire trades in fear.
Where can we run?
Like papa says, “I hate being poor.”

Pitch black.
Then a light out of the sky.
Am I asleep already?
I hear voices.
A rumor, they say:
A refugee couple living in a box
in Bethlehem.
Had a baby. Screaming. Cold. Hungry.
The voices are singing,
“All will be well,”
All will be well.”
Like papa says, “Dreaming is the only
hope poor folks have.”
Harry C. Kiely,
co-author of One Nation, Many Gods, is a retired United Methodist clergy

Nativity
I visited my friend today.
He’s eighty-five,
and travels light,
a wise and wonderful man.

We spoke of many things,
small talk and big talk,
and when I rose to leave he said,
“Yes, for most of our comings and goings
maps are O.K.
but for the Big Trip
we still follow the Star”

Thanks to you, elder brother
wandering in my wilderness,
man of faith and vision.
You keep Christmas
in my heart.
Rev. Gerhard Frost
(from It Had Better Be True)

For one whole week, in Michigan’s Upper Peninsula, I was without wifi. This is grim.…

Once, at a conference, I noticed a man striding toward me, his face alight  (Marc…

Two brothers, living on adjoining farms, fell into conflict. In forty years of farming side…