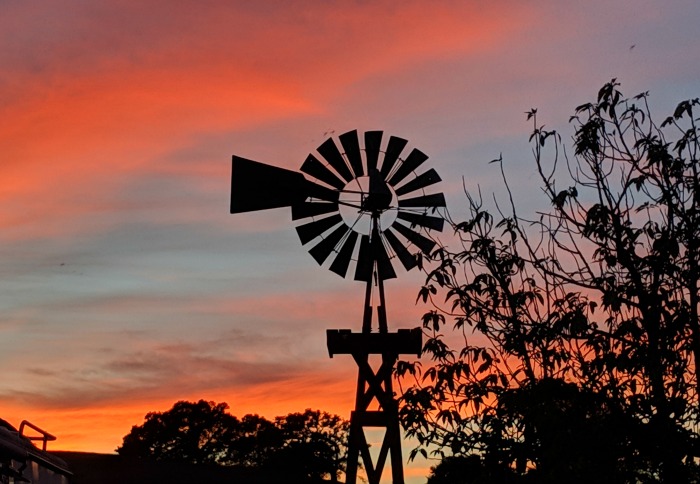 There was a farmer who had a lot of fields, and he kept all the birds and creatures away from his crops with traps and fences. He was very successful.
But he was also very lonely.
So, one day, he stood in the middle of his fields to welcome the animals. He stayed there from dawn until dusk, with his arms outstretched, calling to them. But, not a single animal came.
Not a single creature appeared.
They were terrified, you see, of the farmer’s new Scarecrow.

The Doctor is a movie about surgeon Jack McKee (William Hurt); the story of an aloof, self-centered heart surgeon who treats his patients like numbers on a list. Then he gets sick himself—cancer—and is not prepared for the paradigm shift. And his sickness (and vulnerability) gives him the opportunity to change his life. The story of the farmer is from the movie, and is about that paradigm shift.

I admit it. I like my fields orderly. I like my world tidy. Free from commotion and disruption and creatures. Life feels understandable or manageable that way. And there is an artifice of control.
See (I somehow assure myself), my world is in place.
My script is in place.
This yearning for control (or grasp) has a special import in today’s binary world, where we live by the paradigm that the other (you know, anyone we call them) is considered an enemy, and to be feared. So, our approach to each encounter ends up skeptical at best, and adversarial at worst.

Like the farmer, we feel threatened. (By uncertainty.) Although, that’s not quite the right word; more like undefended or vulnerable.
Meaning that if I do expand my world, open my fields, invite “them” (or any other) into this world, I (and my heart) am exposed to touch. To connection. To kindness. To empathy. To wounds. To love. To untidiness. To generosity. To loss. To bounty. To the unknown.
Because these creatures–whatever or whoever they represent–may not handle me or my world with care. My confession is that deep down, maybe I don’t really want intimacy. Maybe I just want security.

I saw A Star is Born this week (in one of those theaters reclined in a cushy chair, with a glass of fine wine). The story of two people (Jackson and Ally) trying to find their way. Jackson, feeling at the mercy of the “creatures”. His “scarecrow” stance affecting his relationships and his wellbeing. I feel it at my core when Ally sings,
“Tell me something, boy
Aren’t you tired tryin’ to fill that void?
Or do you need more?
Ain’t it hard keeping it so hardcore?”

The 1988 film Gorillas in the Mist tells the story of Dian Fossey, courageous field biologist, as she managed to befriend a tribe of gorillas. Dian had gone to Africa in footsteps of mentor, George Schaller, a renowned primate biologist who had returned from the wilds with more intimate and compelling information about gorilla life than any scientist before.
When his colleagues asked how he could learn such remarkable detail about the tribal structure, family life, and habits of gorillas, he attributed it to one simple thing: he never carried a gun.
You see, all previous generations of explorers and scientists entered that territory with one assumption: the gorillas were dangerous. So, the scientists came with an aggressive spirit, large rifles in hand.
The gorillas could sense the danger, and kept distance. What a surprise.

And yes, I do enter many (okay, most) of my relationships well-armed. (Just in case.) And I wonder why guardedness takes root in my spirit.
I like that Fossey always moved slowly, gently, and above all, respectfully toward these creatures. Sometimes sitting still, hour after hour.
“Anything will give up its secrets if you love it enough,” George Washington Carver reminded us.

It’s as if we want them both. You know, I want my field free of creatures (who knows what they will do). And I want the creatures to be my friend (but why are they so suspicious of me?). It’s a tug of war between the unknown (the mystery) and the need to be held very tight and told, “You are okay now.”
In The Doctor, McKee is telling his friend June–fellow cancer patient–about his difficulty connecting with his wife; living a life full of misunderstanding, apprehension and wariness. And how it constricts his heart.
How he no longer wants “an empty field.”
He wants company.
“I’ve kept her out here for years,” he says with his hand and arm raised and outstretched. “And I don’t want that anymore. But I don’t know how to get my arm down.”
June writes a letter to Jack (delivered after her death), with the story of the scarecrow. And closes with this invitation: just let down your arms, and we’ll all come to you.

What is it we are keeping out?
Tell me again…
Just let your arms down.
So. I stand in my field welcoming all.
Waiting to see if someone comes.

Tell me again…
Just let your arms down.

“You become freer to be yourself,” Poet Kim Rosen writes, “not because you finally found a place where you are protected from feeling what you don’t want to feel, but because you welcomed those unwanted feelings and lived to tell the tale.  Maybe your idealized image of yourself didn’t survive, but you did.”

I’m in Florida for a few days, spending time in Tampa Bay and in Manasota Key. The sunset vibrant, a stratified sky canyon, layered with shades of lilac and paprika.
The news out of California is heart breaking. Surgical nurse Nichole Jolly, who turned 34 on Friday, spent her birthday helping evacuate the patients from Paradise’s only hospital.  “People were making sure no one was left behind,” she said. “Strangers helping strangers. We might be a divided country, but it didn’t matter that day. Black, white, Democrat, Republican; none of that mattered. People just helped one another, and it was amazing to see.” For our brothers and sisters in harm’s way in California, we pray to the Lord.

Quote for your week…
They knew about the possibility of this new heart… yet I feel I haven’t even scratched the surface of such a heart in myself. Why not? If not now, when? What’s stopping me? What absurd little gods on pedestals am I feeding and worshiping? What voice in the night haven’t I listened to, and what will I have to leave behind–and what might I find–if I set off into such terrifying freedom with only that voice for company. Gail Godwin

Let someone love you just the way you are–as flawed as you might be, as unattractive as you sometimes feel, and as unaccomplished as you think you are. To believe that you must hide all the parts of you that are broken, out of fear that someone else is incapable of loving what is less than perfect, is to believe that sunlight is incapable of entering a broken window and illuminating a dark room. ​​​​​​​Marc Hack​​​​​​​

Deep within our being where truth and peace yearn to reign over chaos and confusion; we pause to listen
In the midst of our daily activities and the many thing to do that haunt our calendars; we pause to listen
Among the people who come into our lives–our loved ones, our friend, our colleagues and companions, even our enemies; we pause to listen
As we move into the heart of prayer and hear the call to be more in union with you; we pause to listen
When we feel empty, distraught, frustrated, and lost; when we wonder in what direction we are to go; we pause to listen.
God, give us ears to hear You as we listen for Your voice
in calm and in the wind
in busyness and in boredom
in certainty and in doubt
in noise and in silence
in this day to pause with you and others on the journey.
Accept our gratitude for the many times you have sought us
and have invited us to recognize you
in the home of our true self.
Amen.
Sisters of Charity, Cincinnati

Let us remember who we are