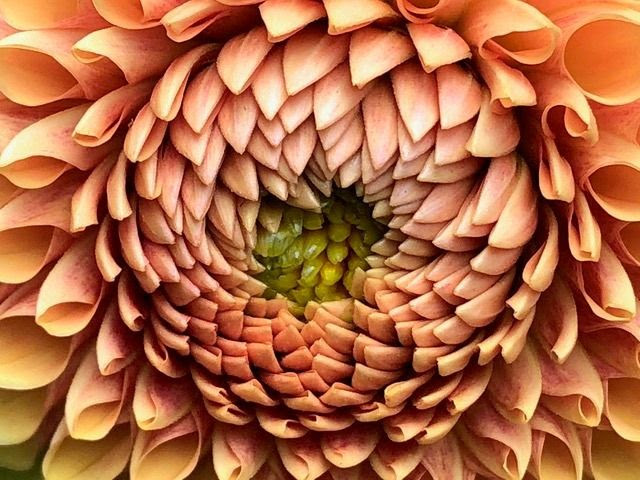 It is pumpkin time. And our leaf theatre amazes and soothes and mesmerizes and charms. It has been our best October ever.
​​​​​​​And yet, our emotional earth shakes. Again. The news—the mail bombs, the hate crime in Louisville, the Tree of Life Synagogue shooting—unnerves. I am sad. I am heartbroken. I can’t pretend otherwise.
​​​​​​​So. What do we do when the ground is on tilt? When, needing safety, we are met with uncertainty, anxiety, doubt, sadness and suspicion?

This week I learned a new word. Quanked. Perfect. Our world is emotionally quanked. It means “overpowered by fatigue.” (A Glossary of Words Used in the County of Wiltshire, by Dartnell and Goddard, 1893.) Fatigue from the barrage. The onslaught.
​​​​​​​So. What do we do when our world is quanked? Where do we find our strength and courage?
​​​​​​​I’m not sure why, but I confess I spent time reading comments on social media. Mostly because I’m curious about what stokes our billion-dollar anger industry. But it doesn’t help my heart. I’m speechless. But that’s just it, I’m never speechless.
​​​​​​​Which means this gets my attention.

Here’s what I know to be true. When the world tilts, it’s easy to spiral. To be at the mercy. And the news becomes the narrative for our emotional well-being and determines our motivation to say yes or no. To choose.
​​​​​​​You see, when the world shakes, it can rattle our identity (I tend to live fearful and tight to the chest), and how we choose (it is easy not to trust, and I forgot the power of goodness). I forget the fundamental truth that we are people on this journey together.

A headline this week; Mexicans shower the caravan with kindness — and tarps, tortillas and medicine.
​​​​​​​Outside her family’s hardware store, Coqui Cortez, 57, set up a table to feed migrants (what we are calling the caravan) lemon tea and stew, using meat from her son’s butcher shop. Down the street, her daughter was handing out fruit.
​​​​​​​“My family has been very blessed,” Cortez said. “And we know that we are all brothers. What God gives us, we should share.​​​​ But we do it with a lot of love.”
​​​​​​​For decades, because of poverty and violence, people have hiked the back roads and ridden trains heading north.
​​​​​​​“Today it’s them. Tomorrow it could be us,” said Lesbia Cinco Ley, 70, who was volunteering with the Catholic church in town to distribute food.
​​​​​​​So, get this. Town officials in Pijijiapan began readying for the caravan’s arrival, holding meetings to strategize how to attend to the migrants. Before dawn on Thursday, Cinco Ley and several others began cooking, on a mission to prepare giant vats of ham and eggs and 14,000 sandwiches. Between the municipality, churches and private citizens, town officials estimated Pijijiapan had spent nearly $8,000 for one day’s worth of food. “This is a poor town, but we still did all this,” said Guadalupe Rodriguez, 48, a city councilwoman.
​​​​​​​(Adapted from Washington Post article, Joshua Partlow)
​​​​​​​“And the law of kindness is on her tongue.” The Book of Proverbs
​​​​​​​Thank you Lesbia and Coqui.

The world tilts. And when it does, there are still brothers and sisters to feed.
​​​​​​​Is this topic tense? Yes. Complicated? Yes. Politicized? Yes. And yet, not one of those is big enough to keep us from being human and sources of love. ​​​​​​​Because you never know. Next time, it could be me. It could be you.

“Love is the only way to rescue humanity from all ills.” Tolstoy wrote at the end of his life in his forgotten correspondence with Gandhi about human nature and why we hurt each other, as the global tensions that would soon erupt into World War I were building.
​​​​​​​How? I have an idea. Let’s start one meal at a time.
​​​​​​​“For I was hungry, and you gave me something to eat, I was thirsty, and you gave me something to drink, I was a stranger and you invited me in, I needed clothes and you clothed me, I was sick, and you looked after me, I was in prison and you came to visit me.
​​​​​​​Then the righteous will answer him, ‘Lord, when did we see you hungry and feed you, or thirsty and give you something to drink? When did we see you a stranger and invite you in, or needing clothes and clothe you? When did we see you sick or in prison and go to visit you?’
​​​​​​​Truly I tell you, whatever you did for one of the least of these brothers and sisters of mine, you did for me.” (Gospel of Matthew)

On a rainy Saturday night, in April 1945, a train pulled into Horni Briza’s train station. Stationmaster Antonin Pavlicek was appalled by the conditions of those on board. After prolonged arguments with the Nazi officer in charge of the train, Pavlicek managed to organize an astonishing humanitarian effort the next day by the local townspeople, who brought food, drink – and even baby clothes when they heard the cries of newborns – to the train wagons.
​​​​​​​His first instinct, shock.
​​​​​​​His second, kindness.
​​​​​​​When Mr. Pavlicek saw how grateful the prisoners were for this small kindness and realized what terrible condition they were in, he had an idea. It has been by sheer chance that their train had stopped in Horni Briza but –as a devout Catholic—he wanted to do what was morally right. So, at 6:30 the following morning, Sunday, 22 April, instead of going to mass he paid a visit to Josef Zoubek, the director of the kaolin factory, and Antonin Wirth, the landlord of the Tovarni Hostinec, the local inn. He asked the two men how quickly they could prepare a large quantity of food to be given to the prisoners.
​​​​​​​Of course, the SS Unterscharfuhrer was resistant, who saw “no point in feeding those destined to die.” After more negotiation, an agreement was struck that a canteen would be made available at the town’s expense to serve one hot meal to the half-starved women. The prisoner’s plight quickly spread.
​​​​​​​Ten-year-old Jaroslav Lang said, “To begin with we didn’t even know there were prisoners on the train…we ran home to our mother and asked for some bread to give them. She was very afraid but still she gave us a little something.” Everyone was living on coupons at the time because of the shortages, but they gave up their own rations for those on the train. (Adapted from Born Survivors, Wendy Holden)

No one of us can make it alone.
​​​​​​​When life is on tilt, where do our marching orders come from?
Start here: Be kind, for everyone you meet is fighting a hard battle.

Yesterday I voted. And I’m honored to be a citizen of this country.
​​​​​​​Today I raked leaves. Looking for new ways to name colors I see, violaceous, Bordeaux ink, magenta, salmon and periwinkle.
​​​​​​​“Do you have a lot of fall work in your garden?” someone asked me. “Yes,” I said. “I do. I wander and savor and smile.”

The world is violent and mercurial — it will have its way with you.
We are saved only by love — love for each other and the love that we pour into the art we feel compelled to share:
being a parent; being a writer; being a painter; being a friend.
We live in a perpetually burning building,
and what we must save from it, all the time, is love. Tennessee Williams

When your internal conversation begins, “I wish my life were different,” your headaches have only…

Lift each other up

It wasn’t church, but I sure said Amen a lot.In the Vashon theater, we watched…

A rather unsophisticated man endured a medical operation with a 20% chance of survival.  When told…