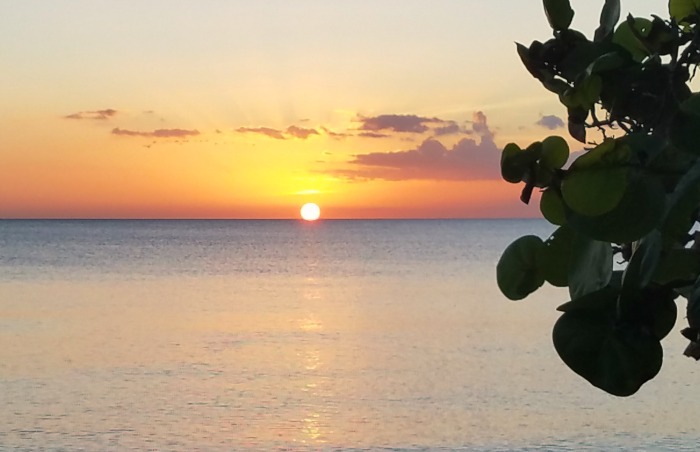 Maybe we need to begin each Sabbath Moment with a disclaimer: “What happened this week definitely wasn’t in the script.” (Of course it doesn’t help that my knee jerk compulsion is to try to make sense of everything. You know, let there be tidiness.)
One thing is for certain. Life is not for the faint of heart.
And yes, it has been another disconcerting week. Devastating for so many, with losses of human life (and thousands of houses)–California fires, Puerto Rico devastation, Somalia bombing, all ratcheted up a notch with revelations about alarming abuse stories from Hollywood. And our hearts go out. And we pray for perseverance. And we wait.

I have another idea. Let’s stay on the lookout for heroes that keep our hope alive. We need heroes that invite us to walk smack dab into life, and not away from it. (And here is my confession. There are too many days where I don’t believe that the hero can be me. Because, for whatever reason, I see heroism outside the realm of daily life.)
Well, that’s where I am wrong. Heroes are alive and well, ordinary people who connect us with hope and compassion and kindness even in the muddle of every day.

Malala Yousafzai is one of my heroes. She is a smart and courageous Pakistani teenager who defied the Taliban, and lived to tell the tale. And because of her courage and voice, she became a Nobel Peace Prize laureate. At age 18. Read I Am Malala, the 2013 book that Malala co-authored with Christina Lamb.
Or, watch the film He Named Me Malala. The film unnerves and outrages. And yet, there is so much buoyancy in Malala’s warmth, intelligence and a fierce humanity; they radiate, comfort and are contagious. I feel the light shine, and know that hope is growing.
Her story began when she decided not to cover her face. “I didn’t want to hide my identity, who I was,” she says.
The militant Islamist Fazlullah, known as the “Radio Mullah” for his broadcasts inciting the locals to commit violence against their “sinful” neighbors, ordered an assassination attempt on Malala. One day in October 2012, a Taliban fighter stopped her school bus and shot her (and two friends) in the head, seeking to silence her activism.
They did not expect her to live.
And they did not expect a heroine to be born.

Malala’s father Ziauddin named his daughter after a legendary Afghanistani heroine who took up her flag and rallied Pashtun fighters against British invaders during the 1880 Battle of Maiwand. The 19th-century Malala was tragically killed in battle, but Malala Yousafzai is happily still with us. (This year enrolled at Oxford University.)
Here’s where the light has influence. This story about the magnitude of hatred, still sparkles with disarming and winning scenes showing Malala’s playfulness, humor and spirit. She lovingly teases her brother, laughs freely, and even admits, despite her unwillingness to adopt Western dating customs, she has a bit of a crush on Pakistani cricketer Shahid Afridi. And Brad Pitt.
You’ve gotta love it.

Out of the soil of catastrophe and hatred, hope can grow. And not just hope. But a voice of hope for those who have no voice.
No act of kindness, however small, is ever wasted.
And yes, when I see malevolence, I always thought someone should “do something about that.” Then I realized, I am someone.
So there is a choice: Distancing and withdrawal, or wholehearted immersion.
Malala reinforces this invitation to go toward life.
We can never pretend that loss and sorrow are not real and sometimes shattering.
But here’s the deal: Heroes don’t foreclose on their heart.
Here’s the invitation. “Be soft. Do not let the world make you hard. Do not let pain make you hate. Do not let the bitterness steal your sweetness. Take pride that even though the rest of the world may disagree, you still believe it to be a beautiful place.” Thank you Kurt Vonnegut.

This week I read The Bright Hour by Nina Riggs, her memoir of her final months with cancer. There is no shortage of heartbreak and sadness. But neither is there a shortage of tenderness and lightness and even hilarity. One of my favorite stories is about the plan she and a friend had, to design morbid cancer patient thank you cards. “Thank you for the tuna casserole, it worked even better than my stool softeners.”
Yes, you’ve gotta love it.

Do you know L’Arche? Started in 1964 by Jean Vanier, creating homes for people with developmental disabilities and those who assist them, it is now an international federation of communities spread over 37 countries. “There is then a two-fold movement in Faith and Sharing: an inward movement towards God hidden in the depths of our own vulnerability, and an outward movement towards our brothers and sisters, especially those who are more poor and in need.”
Krista Tippett writes about her pilgrimage to L’Arche in the sleepy town of Cinton, Iowa. “It took my eyes and my introverted spirit a little while to adjust to this unfamiliar cross section of humanity testing the most paradoxical of spiritual teachings—that there is light in darkness, strength in weakness, and beauty in the brokenness of human existence. But their dare does not proceed through theologizing; it proceeds through exuberantly inhabiting the given, imperfect raw material of the everyday. I’ve rarely been in a place where there is so much laughter and where the rhythm of life includes a real joy in that deceptive phrase, the simple things of life; cooking, eating together, washing up… It’s a joy and grace transmitted by bodies, and it settled in my bones and is still with me these many years later.”

So here’s what all these stories have in common: they invite us more deeply into life, and not away from it. Nina Riggs reminds us to “love all the days, even the difficult ones.”
No one said it is easy. Just that it is worth it.
This is the good news. Because of this wholeheartedness, we are empowered to repair and heal the world where it touches us. Being fully alive in that place is a portal to the little things that ground us. It is the simple things of life that invite and invoke gratitude. The sacrament of this present moment.

Yesterday I led a webinar with Wil Hernandez and Center Quest on the power of pause. We talked about the paradigm shift from doing to being.
This morning I step outside and stand on my patio. The air in my garden has an autumn fragrance, which carries a willing acquiescence. It is visceral, a sense of slowing down, the garden readying itself for dormancy. I take a deep breath. My compulsion (or appetite) for urgency leaves me. And I am glad to be alive.
I drink my coffee sitting on a boulder at the edge of our pond. The lawn and garden are littered with spots of color. A last hurrah before cooler weather.
I fill the bird feeders, noting a couple of nuthatches on nearby fir trees waiting and a bit bothered. And I remember the Benedictine teaching, that work and play and prayer are all pieces of the same life.
This is a time to savor. The clumps of Pennisetum grass near our pond, now the color of mustard. Seed heads of the taller Miscanthus are bowed, literally deferential, as if in a posture of prayer. The maple leaves are now a soft scarlet. My worries float up into the autumn air.

We may ignore, but we can nowhere evade, the presence of God. The world is crowded with Him. He walks everywhere incognito. And the incognito is not always easy to penetrate. The real labor is to remember to attend. In fact to come awake. Still more to remain awake. CS Lewis

Whisper within the Whisper. A Prayer-Poem
Help me listen for the whisper
within the whisper, sometimes
like a tiny bubble of breath in my belly;
or the soft sound of sea-wash
against a rock of ages─so old
I cannot behold it without bowing.
Help me know, as I know anything,
that this terrible tenderness
in my humble heart, for the hurt of humanity,
and the hope for healing, which never dies,
is You, not me.
Jennifer (Jinks) Hoffmann October 8, 2017

A monk once came to Joshu (Chinese Zen Master) at breakfast time and said, "I have just entered…

The gift of wholeness

Waiting for real life to begin

Sister Lychen had a word of prophesy every Sunday in her Pentecostal Church. She'd stand up and say, "The…