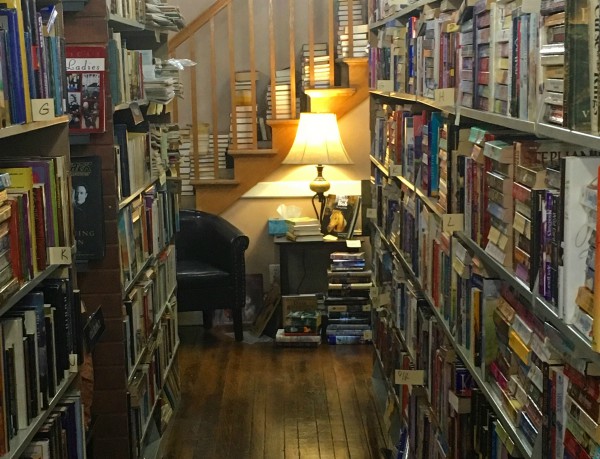 It could be the heat. Some records have been broken here in the PNW.  For whatever reason, my emotional equilibrium is unsettled or off kilter. You know the feeling?
And there’s no doubt that I probably work too hard to make sense of it. What I really need is a reset button. What I need is Sankofa Time.
I’ve talked about Sankofa in previous Sabbath Moments. Sankofa (in the Akan language of Ghana), associated with the proverb, “Se wo were fi na wosankofa a yenkyi,” which translates “It is not wrong to go back for that which you have forgotten.” Yes. More than ever we need sustenance. Places of sanity and restoration.

In 1905, the sculptor Rodin, hired the poet Rainer Maria Rilke as his amanuensis. The result was a strong friendship. One day Rilke confided in Rodin that he had not been writing. That he had some kind of “writer’s block.” Rodin offered odd advice.
He did not suggest anything to do with writing. Or change of diet. Or change of relationship.
He told Rilke to go to the zoo.
“What will I do there?” Rilke asked.
“Look at an animal until you see it,” Rodin told him. “And two or three weeks may not be enough.”
The result? Rilke’s The Book of Pictures, including the poem, The Panther (the poem is included below).

It reminded me of the story told me by a group of retreatants who hiked through the local mountains near San Diego as a part of their retreat. After the afternoon trek, they eagerly compared stories about which group covered the most ground, and which completed the most demanding hike. Until one young woman asked, “But while you were hiking, what did you see?”
The poet Francis Ponge spoke of the “meaning” that is locked in the simplest object or person, and “in these terms, one will surely understand what I consider to be the function of poetry. It is to nourish the spirit of man by giving him the cosmos to suckle.”

If I don’t sit long enough to see, I miss the meaning. Plain and simple. And it’s no wonder, since we tend to make seeing or paying attention complicated with our expectations and prejudices that only that which is big, or ecstatic, or notable, or weighty, or “spiritual”, or “positive” is of value. There must be a payoff.
Listen to us; we’re always upping the ante on what is never enough.

It makes me wonder whether we trust our own capacity to absorb mercy. Deep down I know that people tell me their story because there’s a shortage (or an absence) of mercy in their lives. They don’t need answers or advice or for me to make things tidy. They–as do we all—need a boundary of grace.
Anne Lamott says all one has to do to hit the reset button, is to love mercy. In her book, Hallelujah Anyway, she describes the experience this way: “Then creation begins to float by, each new day. Sometimes it’s beauty, cherries, calm, or hawks; sometimes it’s forbearance, stamina, eyeglass wipes, apricots, aspirin, second winds.”
Fair enough. For me, this week, mercy surfaced wrapped slightly different. Morning garden flower surprises that made me giddy, coffee on the patio, YouTube videos that made me cry, a book that invited my spirit to soar, a neighbor cat stopping by to see if our cat (now in heaven) could come out to play, a friend’s honest letter that made me say Amen and running through the sprinkler; sometimes it was silly phone calls and leaky pipes to repair.

Here’s the deal: only in the particularity of the ordinary, the simple, the shadow-side, the uncertain, the vulnerable, the awkward and the small, can life be fully embraced. You see mercy is not found outside of the constraints of life. It is discovered and felt and absorbed in the back-and-forth, the ampleness, the messy… the pudginess of life.
As Jim Harrison reminded us, “Paying attention is the only game in town.”
In other words, paying attention allows for a holy place to serve the soul. Which makes this a spiritual endeavor, and difficult to talk about in this culture because it smacks of some truth reduced to a bumper sticker. But spirituality is another way of saying that life and reality are more than a sum of their parts and more than the answers we deduce from those sums–a good reminder especially for me, whose childhood world reeked of implied spirituality.

The word spirituality has been suspect for some time, conjuring images of the fervid and the unctuous, people who could benefit from a substantial amount of roughage in their diets. Those with apparently no real life to live, spending their energies cashing in their coupons for harps on clouds, streets of gold up yonder, and all that.
This spirituality, however, is not about a lottery ticket to the next life, but a front-row-center ticket to this one. This life, with its ill-timed meetings, bleating cell-phones, financial hardships, demanding children, traffic snarls, and yammering pain-in-the-neck obligations (which are, of course, past due). This life, where once in a while, just for a minute, you stop what you are doing and watch the clouds roll through the southern sky, a conveyor belt of fleece. The wind is out of the southwest, filling your lungs, and you catch a glimpse of a blue heron, taking off from your pond and gliding like a javelin across the sky. This world is now on center stage, no longer peripheral to your duties and obligations. And the full weight of this moment seeps its way back into the grind of the everyday, slowing our heartbeat, giving us a gentler step and a gleam in the eye.

Late in her life, May Sarton was questioned about what she wanted to be when she “grew up.”
She replied, “To be human.”
Not bad.

This past week I was in Oklahoma City (where it was cooler than Seattle). My flight home was delayed because of smoke (blowing down) from wildfires in British Columbia. (Our thoughts go out to our neighbors to the north.) This week I’m in Seabeck, WA, a conference center on the Hood Canal with Unitarians from WA, OR and Canada. A week for new friends. Our topic? Finding sanctuary.
On my list today? I tried to pay attention. To see.

Quote for your week…
Faith does not spring out of nothing. It comes with the discovery of the holy dimension of our existence. Suddenly we become aware that our lips touch the veil that hangs before the Holy of Holies. Our faith is lit up for a time with the light from behind the veil. Faith opens our hearts for the entrance of the holy. This is how close we are to the holy. When we open ourselves up to the possibility that God can be there in any moment, miracle is all around us. Rabbi Abraham Joshua Heschel

When despair for the world grows in me and I wake in the night at the least sound in fear of what my life and my children’s lives may be, I go and lie down where the wood drake rests his beauty on the water, and the great heron feeds. I come into the peace of wild things who do not tax their lives with forethought of grief. I come into the presence of the still water. And I feel above me the day-blind stars waiting with their light. For a time I rest in the grace of the world, and am free.
Wendell Berry

The Panther
His vision, from the constantly passing bars,
has grown so weary that it cannot hold
anything else. It seems to him there are
a thousand bars; and behind the bars, no world.

As he paces in cramped circles, over and over,
the movement of his powerful soft strides
is like a ritual dance around a center
in which a mighty will stands paralyzed.

Only at times, the curtain of the pupils
lifts, quietly–. An image enters in,
rushes down through the tensed, arrested muscles,
plunges into the heart and is gone.
Rainer Maria Rilke

Help me, Lord, to remember that religion is not to be confined to the church, or closet, nor exercised only in prayer and meditation, but that everywhere I am in Thy presence.
Amen.
Susanna Wesley (1669-1742)

The cost of becoming real

Loving costs a lot, but not loving always costs more.  "Does it hurt?" the Rabbit…

Let it begin with me

The flood was several weeks ago, and I stopped by to see how things were…

Let us taste this life

Early this morning I drove from Gardnerville, NV through the Carson Valley to the Reno…