Thank you for booking Terry.

Here is the information necessary to promote your upcoming event. Choose what you need. Follow the instructions. Any questions, give us a call 800-524-5370.

(1) Blurbs on the event topic: Go to Speaking Topics

Terry Hershey is an author, humorist, inspirational speaker, dad, ordained minister, golf addict, and smitten by French wine. He divides his time between designing sanctuary gardens and sharing his practice of “pausing” and “sanctuary,” to help us rest, renew, and live wholehearted. Terry’s book, This Is The Life, offers the invitation and permission to savor this life, to taste the present moment. Most days, you can find Terry out in his garden–on Vashon Island in the Puget Sound—because he believes that there is something fundamentally spiritual about dirt under your fingernails.

Story is one of the most powerful forms of communication and Terry is a master storyteller. He tells stories of grace and inspiration as well as sharing his gift of seeing the world with new eyes. Spending a moment or a day with him is more than an experience, it is an adventure that will leave you longing for more and yet feeling full and satisfied. Everywhere Terry speaks, the feedback is unanimous, “Terry Hershey was truly humorous, enlightening and inspiring all in one. He gave us permission to be embraced by grace. He was truly a highlight of our year!” Visit terryhershey.com for his weekly email newsletter, MP3 downloads, YouTube videos and resources that help us “Do Less and Live More.”

Terry Hershey is an inspirational speaker, humorist, author, dad, Protestant minister and landscape designer. He is addicted to golf. He lives on Vashon Island, near Seattle. His work has been featured on The Hallmark Channel, CNN, PBS, and NPR. Terry holds a mirror up to our fast-forward, disconnected lives, and offers us the “power of pause”—the wisdom of doing less and living more– in order to regain emotional and spiritual balance; to find the sacred in every day.

Terry Hershey has served as a Protestant minister, and is now a writer and garden designer on Vashon Island, near Seattle, Washington. He speaks throughout the US on relationships and spirituality and gardening. This Is The Life (Franciscan Media) is his sixteenth book. Mostly he loves to dance with his son, and watch bald eagles ride the currents in the canyon behind his house.

Terry Hershey has served as a Protestant minister, and is now a writer and garden designer on Vashon Island. Hershey writes about being intoxicated with this world. Terry’s sixteenth book, This Is The Life (Franciscan Media), celebrates the permission to created spaces for grace in our life. In 1994 Terry founded Cotswold Garden & Design, designing gardens that emphasize imagination and the element of surprise. His gardens and books have been featured in Pacific Northwest Magazine (Seattle Times), Seattle Homes and Lifestyle, and the Tacoma News Tribune. He speaks throughout the United States and Canada on relationships and spirituality and gardening. He wrote IN THE GARDEN, a bi-weekly column for the Beachcomber, the Vashon-Maury Island newspaper. Mostly he loves to dance with his son, and watch bald eagles ride the currents in the canyon behind his house.

(4) Publicity Photos for Download
1. For low-res photos for ONLINE USE
(a) place your cursor over the item
(b) right-click and choose “Save Link As.”

2. For hi-res photos for PRINTING
(a) simply click link next to photo
(b) if clicking link doesn’t save the item
(c)–then right-click, and choose “Save Target As.” 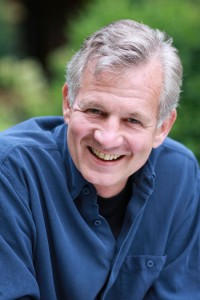 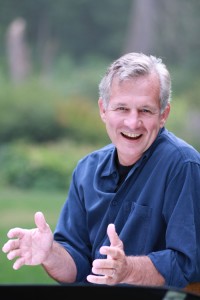 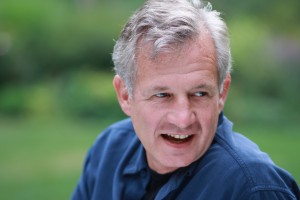