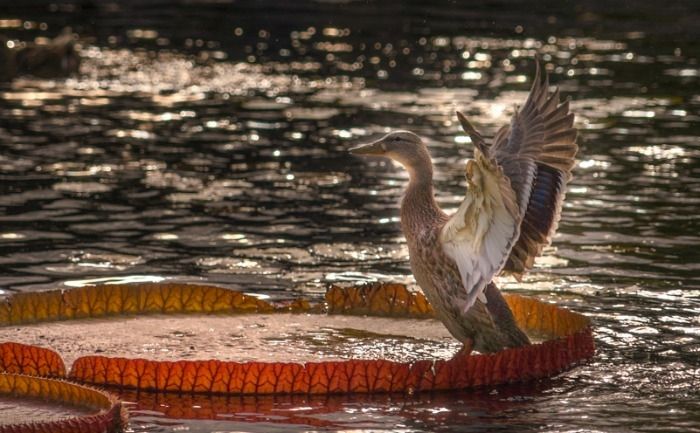 In 1940 Nazi Germany turned Terezín into a Jewish ghetto and concentration camp.  It held primarily Jews from Czechoslovakia, as well as thousands of Jews from Germany and Austria. More than 150,000 Jews were sent there, including 15,000 children. 33,000 were to die of malnutrition or disease, and more than 88,000 were sent to death camps.
Less than 150 children survived.
Many educated Jews were inmates of Terezín including scholars, philosophers, scientists, visual artists, and musicians of all types.
Looking for ways to stay sane, materials were begged, borrowed or stolen. And inmates created a rich artistic life within the ghetto walls. Not without repercussion and reprisal. Fingers broken, some artists shot.

Because they used the camp as a PR stunt, the Nazis relented and allowed musical instruments. Czech composer Rafael Schächter conducted an adult chorus of 150 Jews in 16 performances of Verdi’s Requiem (learned by rote from a single vocal score and accompanied by a legless upright piano) before audiences of other prisoners, SS officers, and German army staff members. Their purpose: to sing to their captors words that could not be spoken.
Here is the power: For the hour or two that these performances lasted, those in the audience were no longer prisoners (whose only thoughts were about food or fears for their own survival). Instead they were free to laugh and cry. Free to feel hopeful and sad. Free to be transported to a happier time by music, dance and song. Through the arts you could let go.
In open defiance of the threat of death that hung over them, the Jews chose life. As part of their private rebellion, they sang, they danced, they fell in love, they married, and—desperate for love and some sort of physical contact—they tried to find comfort wherever they could.

Here’s the deal: when we choose life, it is not just avoiding crazy (or being reduced to animal), it is planting the seeds of wholeness and wellbeing and bigheartedness.
This story keeps my hope alive.

How is this possible? “Now hope does not disappoint, because the love of God has been poured out in our hearts.” (from Paul’s Letter to the Romans)
There is in every one of us an inherent dignity that no one can give you, and that no one can take away.

Have you read Old Turtle and the Broken Truth, by Douglas Wood? The children’s book tells an imaginary story of how the world came to be so fragmented when it is meant to be whole, and how we might put it back together again.
In a far-away land that “is somehow not so far away,” one night a truth falls from the stars. And as it falls, it breaks into two pieces–one piece blazes off through the sky and the other falls straight to the ground.
One day a “truth” falls from the sky and breaks.
One day a man stumbles upon the gravity-drawn truth, and finds carved on it the words, “You are loved.”
It makes him feel good, so he keeps it and shares it with the people in his tribe. The thing sparkles and makes the people who have it feel warm and happy. It becomes their most prized possession, and they call it “The Truth.” Those who have the truth grow afraid of those who don’t have it, who are different than they are. And those who don’t have it covet it. Soon people are fighting wars over the small truth, trying to capture it for themselves.
A little girl who is troubled by the growing violence, greed, and destruction in her once peaceful world goes on a journey-through the Mountains of Imagining, the River of Wondering Why, and the Forest of Finding Out–to speak with Old Turtle, the wise counselor. Old Turtle tells her that the Truth is broken and missing a piece, a piece that shot off in the night sky so long ago. Together they search for it, and when they find it the little girl puts the jagged piece in her pocket and returns to her people. She tries to explain, but no one will listen or understand. Finally a raven flies the broken truth to the top of a tower where the other piece has been ensconced for safety, and the rejoined pieces shine their full message: “You are loved / and so are they.” And the people begin to comprehend. And the earth begins to heal.

“Now hope does not disappoint, because the love of God has been poured out in our hearts.”

So how do we make what is fragmented whole again?
I confess. I spent an afternoon watching Wonder Woman. That did the trick.
Truth be told, it’s mostly because I wanted her to serve up some whupass on the bad guys.
“I am Diana of Themyscira, daughter of Hippolyta, Queen of the Amazons. In the name of all that is good, your wrath upon this world is over.” (Her statement to General Erich Kundenforff)
You go girl… You go…

Like Wonder Woman, I want to destroy evil. (It is not surprising to see destroy as the most ubiquitous verb in FB posts, eager as we seem to be for an enemy.)  After all, it is cathartic; watching the bad guy die, or disappear.
Is it that we still don’t trust what we hold? Yes. We hold the missing piece of the broken truth—you are loved, and so are they. Let us never forget.
So it is in our fear and hunger that we look for an enemy to give us purpose.
“If I kill Aires…. We will be good again,” Wonder Woman said.
But there is a much greater reality: even after our enemy is eradicated, we face the truth that both darkness and light live inside of each of us. Which one do we give voice to? Let us remember that the invitation here is not to feel heavy or defeated, but empowered.

Sam Kinsella (Somerset UK) needed some extra cash, so he decided to work at a residential home for the elderly. He wasn’t expecting to open up a time machine. What did I say about finding ordinary people and real superheroes?
Well, Kinsella quickly struck up a friendship with 93-year-old Edward Hardy, who was suffering with severe dementia. Edward’s mental state left him withdrawn and depressed, virtually no contact with the staff. He had essentially, given up.
At some point during a discussion, Sam told Edward that he was in Somerset because he was a member of a band in the area. Mr. Hardy’s face lit up. He told Kinsella that he also had played in a band.  A bond was born.
A keyboard was brought in. Edward’s face lights up. The old jazz tunes cascade back. His fingers dance on the keys. Hope is alive.
Sam posted an online ad inviting jazz musicians to come and play with Edward. More than 80 musicians answered the appeal including Hardy’s former band mates. They had played together in the 1960s.
Their concert this time around? A communal rebellion against gloom and despair. They played, they danced, and they filled the air with music, a sliver of hope and heaven.

“Now hope does not disappoint, because the love of God has been poured out in our hearts.”
And the music… it never dies.

Today was a very good day. We held a Chautauqua in Ellisport here on Vashon Island. The first one happened here in 1888. Originally the Chautauqua Lake Sunday School Assembly, founded in 1874 as an educational experiment in out-of-school vacation learning. While founders were Methodists, today it continues to be ecumenical in spirit and practice. Ecumenical was the spirit here today, with music to remind us that hope is indeed alive.

Quotes for your week…
It’s not easy to become an angel! First, you die. Then you go to heaven, then there’s still the flight training to go through. And then you got to agree to wear those angel clothes. Matthew, age 9

It is better to light a candle than curse the darkness. Eleanor Roosevelt

I Want to Surrender
God, I want to surrender
to the rhythm of music and sea,
to the seasons of ebb and flow,
to the tidal surge of love.

I am tired of being hard,
tight, controlled,
tensed against tenderness,
afraid of softness.
I am tired of directing my world,
making, doing, shaping.

Tension is ecstasy in chains.
The muscles are tightened to prevent trembling.
Nerves strain to prevent trust,
hope, relaxation….

Surrender is a risk no sane man may take.
Sanity never surrendered
is a burden no man may carry.

God give me madness
that does not destroy
wisdom,
responsibility,
love.
Sam Keen

In 1942, the Nazis were actively and forcefully rounding up Jews in France. In the…

A frail old man went to live with his son, daughter-in-law, and four-year old grandson. The old man's hands trembled, his eyesight was blurred, and his step faltered. The family ate…