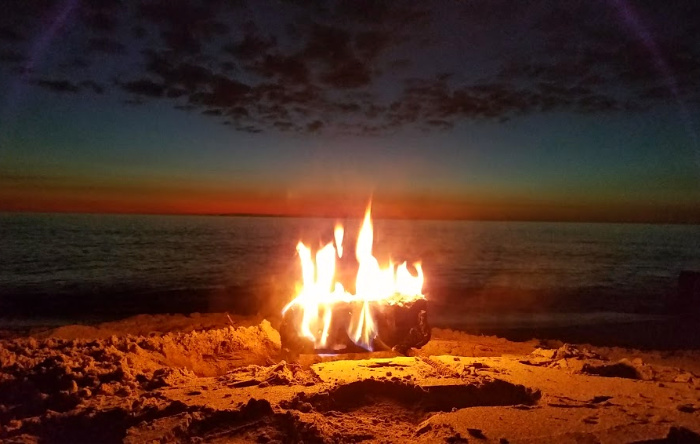 Loving costs a lot, but not loving always costs more.

“Does it hurt?” the Rabbit asked the Skin Horse (about “becoming real”).
“Oh yes,” said the Skin Horse, for he was always truthful. “Sometimes it hurts a lot. But when you are real, you don’t mind being hurt.”
​​​​​​​”Does it happen all at once, like being wound up,” the Rabbit asked, “or bit by bit?”
“It doesn’t happen all at once,” said the Skin Horse. “You become. It takes a long time. That’s why it doesn’t happen often to people who break easily, or have sharp edges, or who have to be carefully kept. Generally, by the time you are Real, most of your hair has been loved off, and your eyes drop out and you get loose in the joints and very shabby. But these things don’t matter at all, because once you are Real you can’t be ugly, except to people who don’t understand.” (The Velveteen Rabbit)

Craig and Irene Morrison, in their late 80s, are the heart and soul of Still Mine, a lovely film with great North Atlantic scenery. Living outside the village of St. Martins in New Brunswick, Canada, they are keenly aware that after spending 61 years together and raising seven children, their time is running out.
​​​​​​​Trouble begins when Craig decides it is time for them to downsize, to abandon the sprawling farmhouse in which they raised their children. To something more suitable for Irene, whose Alzheimer’s is getting worse.
​​​​​​​Craig announces his intentions of building the new home himself–only to be met with bewilderment. And his children doing their best to stop him. “Isn’t it time for a retirement home?” he is asked.
​​​​​​​Unfortunately, in the years since Craig built his previous home, regulations have proliferated, as has the willingness of government officials to enforce them. So, when one particularly dogged bureaucrat gets wind of Craig’s project, he does everything in his power to shut it down.
​​​​​​​From generations of shipbuilders, Craig knows wood; and he knows his wife, so he doesn’t need anyone else telling him how to do things.
​​​​​​​This tough-mindedness also adds emotion and power to the film’s best scene, in which Craig runs his hand over a large pine dining table, worn and scratched after years of use and abuse.
​​​​​​​”Do you remember when I built our dining room table?” he says to Irene.
“It was on the saw horses for so many years I’d given up. My Father helped me mill the boards. It didn’t help when Ruth spilled ink. I wasn’t that upset; you were table proud back then. A very nice piece of carpentry. First few years, every nick that table absorbed, I took it personally, it’s all I could see. Scratch from a skate blade, a ghost of handwriting pressed through a single piece of paper.
​​​​​​​There were a lot of times I regretted not making the table out of oak. But as the years went by and the scars added up, the imperfection turned that table into something else. Because that’s the thing about pine; it holds a lot of memories.”
​​​​​​​As he talks, his hand continues to touch the table surface, his face now part tenderness, part pride, part gentleness hewn from stories and memories.

What a strange web we weave.  We hate (well, let’s just say we are downright uncomfortable with) our “brokenness.”  Our woundedness.  Our imperfections. You know, those parts of our self (just like that pine table) that are flawed, skewed, damaged, beat up, wearing the marks of a full life… that feel not quite “together.”

We’re inundated in a world where everyone wants the quick fix, or the “key,” or the five steps, so it’s a good day when you realize that arrival isn’t everything.  We live in a world that shows deference, and gives better press, to whatever is strong (or dominant, or powerful, or influential).  (I don’t remember, was there ever a TV show called “The Lifestyles of the Poor in Spirit?“)
​​​​​​​And yet. Irvin Yalom reminds us, “Only the wounded healer can truly heal.”

In our modern lexicon, “wounded healer” is some kind of an oxymoron.  And yet. What if it is enough to give this self… to give a call when someone is lonely, or buy a dinner when someone needs a friend, or stick by someone when they’re down, or celebrate with someone when they’re up, or become a haven for someone when they feel disenfranchised.
​​​​​​​We too easily assume that woundedness labels us. (I’ve heard people say pejoratively, “You know, they’re very wounded.”)
​​​​​​​The problem is this; whatever we label, we dismiss. And we don’t welcome the gift or find value in the wound.
​​​​​​​So, this is a paradigm shift. The wound is real, but it is not an impairment.

Let’s be clear: we’re not playing make-believe or posturing for pity. We are taking a necessary pause. To embrace this sacrament. This part of my life scarred by becoming real (our woundedness). Where gratitude wells up and invites tears of wholehearted gladness. Where gratitude allows me to enter into a life where I wholeheartedly get loose and shabby in the joints.
​​​​​​​Yes. I can tell you that this week I needed to hold my own wounds gently as a sacrament. Knowing that in the holding there is healing, and the permission to spill redemption to those around me.

Many of us live under the illusion that some “expert” has created a life to “die for,” or to be emulated.  Well, if that’s the case, knock yourself out, but just remember that there’s no one to complain to when you find out that, in the end, you—yes, you, the flawed and broken you—can be a pretty trustworthy guide on this expedition we call life.
​​​​​​​Here’s the deal: When our wounds cease to be a source of shame, and become a source of healing, we have become wounded healers.

I found solace watching George HW Bush’s funeral. A reminder of the difference between resume virtues, and eulogy virtues. His were the later… Kind. Gentle. Courageous. Principled. Gentlemanly. Dignified.
​​​​​​​I had my Beatles birthday (“will you still love me when I’m 64”). Thank you for all the well wishes. Sailed Florida’s intercostal waterway on The Promise, my friend Ed’s boat. Savored sunset on Manasota Key. As the sun settles into the Gulf, a sliver of a crescent moon, restful above the western horizon on a layer of charcoal clouds, spills a pathway of frosty light on the water to the shore. I raise a glass to the sacrament of the present. Our fire log, on the sand, the sound of the waves, serenade and feed us.

Quote for your week…
​​​​​​​Nobody escapes being wounded. We all are wounded people, whether physically, emotionally, mentally, or spiritually. The main question is not “How can we hide our wounds?” so we don’t have to be embarrassed, but “How can we put our woundedness in the service of others? Henri Nouwen

Note from Terry: The emails asking for donations are finished. No more inbox clogging. I am grateful for those who donated to this ministry. It means the world. For those unable to give, there is no worry, SM will always be free. There is still time in 2018, if you wish to be a part of SM, click the link.

When we were children, we used to think that when
we were grown-up we would no longer be vulnerable.
But to grow up is to accept vulnerability…
To be alive is to be vulnerable.
​​​​​​​Madeleine L’Engle

Strong on the inside

Some days I don’t feel strong. Days when I don't have the words. But I do know…

The Power of Presence

I spent this weekend with 39 thousand of my closest friends, in Anaheim California, at…