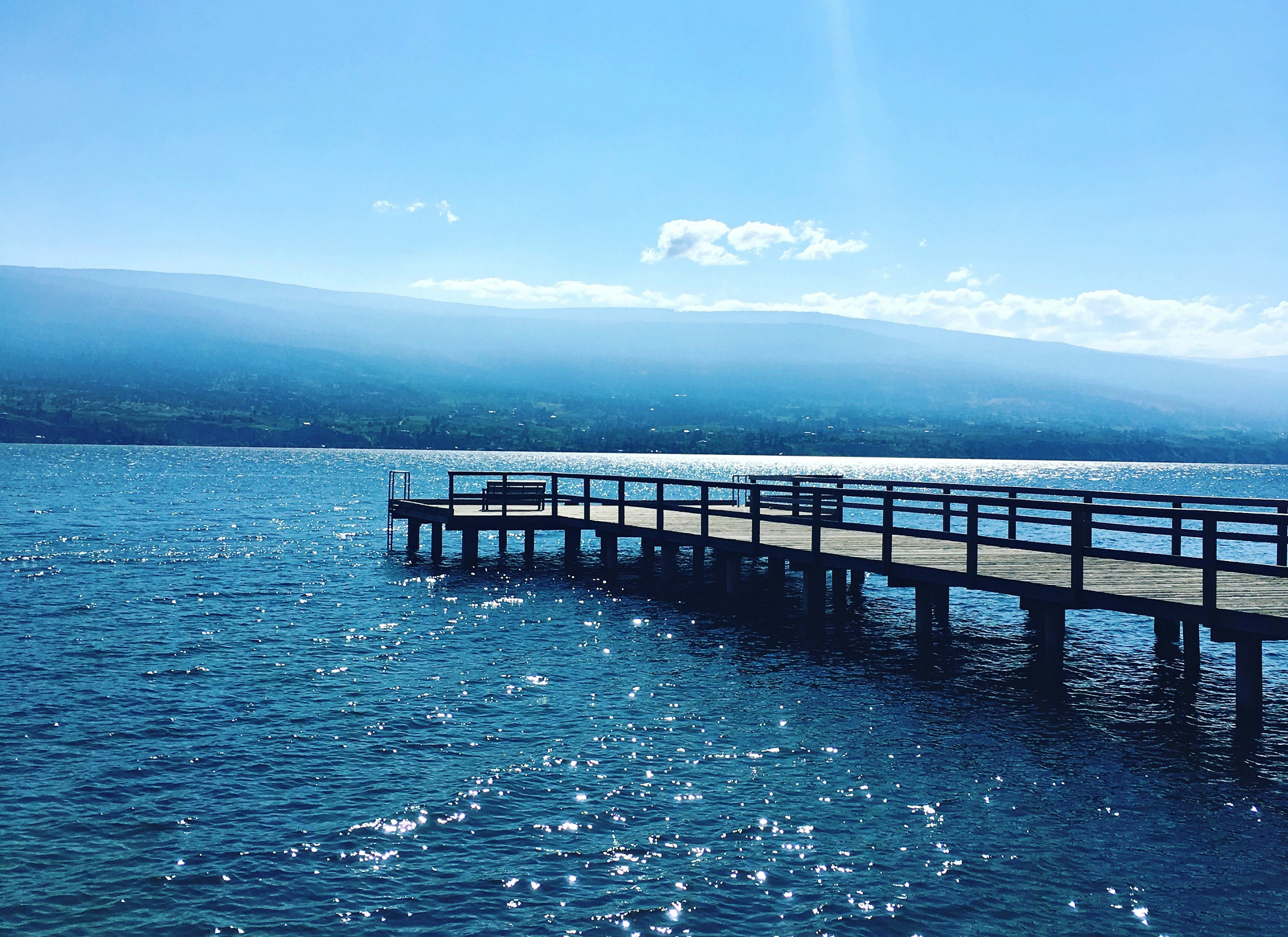 “I have never been lost,” Daniel Boone once said about exploring remote areas. “But I will admit to being confused for several weeks.”
That’ll preach. And I will admit to the same.

My confusion was exaggerated this past week (during our serious heat spell here in the PNW), when I flirted with serious heatstroke. My symptoms were confusion, agitation, slurred speech and disorientation. And embarrassment the next morning.
Yes, it unnerved me. But I’m okay now. And it did get my attention. It seems I ignored a cardinal rule: hydrate. As in, drink water. And then, drink more water.
I guess the same thing happens when we have moments of emotional heatstroke. We’ve ignored some essential tokens.

There is no doubt that I take my garden for granted, with its power to heal and sustain, where Sabbath and sanctuary tether and refuel the heart and spirit. My garden is a reminder that health—physical, spiritual or mental—is not a guaranteed destination. It requires attention and mindfulness. In other words, it is requisite to pay attention (an invitation to the sacrament of the present moment). Which makes me wonder, what does it take to “stay hydrated” emotionally and spiritually?

When the Shawnee and Chippewa (and other early people) went on hunts or vision quests or long journeys, each traveler would carry in a small rawhide pouch various tokens of spiritual power–perhaps a feather, a bit of fur, a claw, a carved root, a pinch of tobacco, a pebble or a shell. These were not simply magical charms; they were reminders of the energies that sustain all of life. By gathering these talismans into a medicine pouch, the hunter, traveler, or visionary seeker was recollecting the sources of healing and bounty and beauty.

I do know that if my pouch is filled with a need for control and answers, I can easily be seized with fear, panic, rage, despair, depression, exasperation and frustration. (You get the picture?) Let’s call it heatstroke of the heart.
But what if? What if the “tokens” in that pouch are not a magic wand to undo life, but instead, the power and the freedom to embrace the life we have been given and to create life for those around us. What if… wired to care, we see in this life, this day, even in the very muddle of the ordinary, even in the very chaos of the ordinary gone awry, the permission to experience a whiff of the holy? What if?

Which begs the question; what are the reminders that sustain, replenish, and nourish?
The world we live in places a premium on specific or correct answers, and every time we do, we too easily miss the invitation to be present. To see, to listen, to touch, to receive, to spill light.
It’s not that there’s a shortage of instructions with alluring sales pitches. In NYT Magazine this morning, I read an article about wellness, about a variety of products available from the legit to the bonkers, including (my favorite) a type of chocolate that will regulate your hormones and restore your sex life, and (not making this up) a Psychic Vampire Repellent, a “sprayable elixir” that uses “gem healing” to something something bad vibes… (I think I’ll stick with the pinch of tobacco and a feather.)

There’s a story about a teenage boy mysteriously losing weight. His doctor, stumped by the symptoms, huddled with several other caregivers to decide which medical tests to run. There was no shortage of assessments and opinions, and quarrels about who is correct.
Then a nurse asks the boy a simple question, “Are you hungry?” He nods.
You see, it turns out that the young teen had been homeless for some weeks and had eaten very little. Because of his condition, he had been understandably embarrassed to speak up, and was relieved someone had finally talked to him.
We can be so focused on a “cure,” that we miss the opportunity to be present, where we can make space for matters that hydrate and nurture health.

Many Christians say they believe in sacrament of the present, as they see the Presence of God in the Eucharist. However, Richard Rohr reminds us, “they don’t get that it is everywhere—which is the whole point! They don’t seem to know how to recognize the Presence of God when they leave the church, when they meet people who are of a different religion or race or sexual orientation or nationality. They cannot also trust that every person is created in the image of God. Jesus spent a great deal of his ministry trying to break down the false distinctions between ‘God’s here’ and ‘God’s not there.’ He dared to see God everywhere, even in sinners, in enemies, in failures, and in outsiders.”

Do you know the word Ubuntu? A Nguni Bantu term meaning “humanity” often translated as “I am because we are,” and also “humanity towards others”, but is often used in a philosophical sense “the belief in a universal bond of sharing that connects all humanity.”
As chairman of the South African Truth and Reconciliation Commission, Desmond Tutu used descriptive words to speak about Ubuntu intimately binding it within Christian principles of goodness. He describes the person true to Ubuntu as one who is “generous, hospitable, friendly, caring and compassionate.” He says it as a state in which one’s “humanity is caught up and inextricably bound up” in others. Tutu says of Ubuntu “I am human because I belong, I participate, I share.”
The theology of Ubuntu is deeply embedded in African spirituality—a spirituality that is central to life and transforms all human relations. Ubuntu theology affirms the interaction and relationship among persons in which everyone’s humanness is recognized and affirmed. When we practice Ubuntu, we put down the ideological axes we grind.

But here’s the deal: that which sustains us (and sustains wellness) is not something we need to earn or acquire. Because it is in our DNA, and is available to be celebrated and to be shared.

Speaking of reminders that sustain… this past week we celebrated the feast of Mary Magdalene. Of course, from my Baptist upbringing, I remember stories about this prostitute and a woman of ill-repute.
However, Jesus did not see a problem to be solved or a disease to be cured. He did not see labels of temptress or seductress that easily relegated her to a state of irrelevance.
When Jesus looked at Mary, called Magdalene, he saw a tower: a beacon, a fortress, a lookout. (Her name in Hebrew “migdala,” means tower.) Mary stood out, she stood tall, a marker, a sign. And as such, she refuses to give in to despair, she tends to the wounded and the dead, she finds in that tomb nothing…nothing but promise, and she turns and lets that light spill.

It is in the 90s on my back patio today. Yes, I’m drinking more water than beer. Thanks for asking.
And no, I won’t be working in the garden today, at least not until after 7 p.m.
I will be thinking about the small rawhide pouch I will carry this week.

Quote for your week…
How far you go in life depends on your being tender with the young, compassionate with the aged, sympathetic with the striving and tolerant of the weak and strong.  Because someday in your life you will have been all of these.  George Washington Carver

Life will break you. Nobody can protect you from that, and living alone won’t either,
for solitude will also break you with its yearning.
You have to love. You have to feel. It is the reason you are here on earth.
You are here to risk your heart. You are here to be swallowed up.
And when it happens that you are broken, or betrayed, or left,
or hurt, or death brushes near,
let yourself sit by an apple tree and listen to the apples
falling all around you in heaps, wasting their sweetness.
Tell yourself you tasted as many as you could.  Louise Erdrich

A businessman walks the airport concourse, on his way to baggage claim. His flight…

“I talk to people about you, just so you know,” I tell my congregation, the…

The gift of enough

In an episode of The West Wing, CJ Craig (White House new chief of staff)…