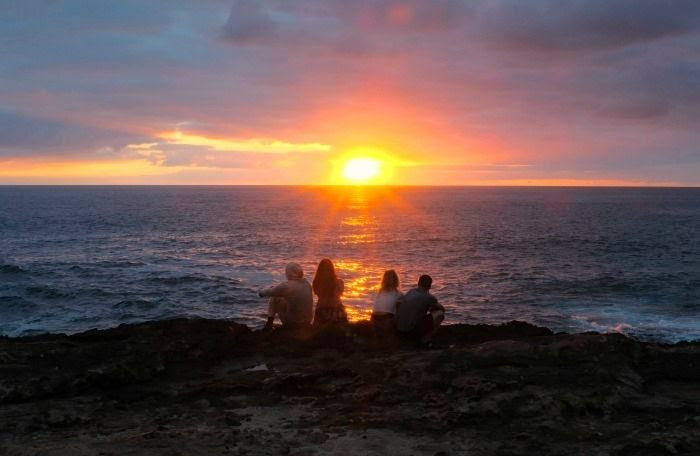 I never played the game Giants, Wizards and Dwarfs.
But Robert Fulghum makes me wish I had.
He tells the story about being left in charge of eighty children seven to ten years old, while their parents were off doing parenty things. He writes… I mustered my troops in the church social hall and explained the game.  It’s a large-scale version of Rock, Paper, and Scissors, and involves some intellectual decision making.  But the real purpose of the game is to make a lot of noise and run around chasing people until nobody knows which side you are on or who won.
​​​​​​​Organizing a roomful of wired-up grade-schoolers into two teams, explaining the rudiments of the game, achieving consensus on group identity–all this is no mean accomplishment, but we did it with a right good will and were ready to go.
​​​​​​​The excitement of the chase had reached a critical mass.  I yelled out: “You have to decide now which you are–a GIANT, a WIZARD, or a DWARF!”
​​​​​​​While the groups huddled in frenzied, whispered consultation, a tug came at my pants leg.  A small child stands there looking up, and asks in a small, concerned voice, “Where do the Mermaids stand?”
​​​​​​​Where do the Mermaids stand?
​​​​​​​A long pause.  A very long pause.  “Where do the Mermaids stand?”
s​​​​​​​ays I.
​​​​​​​“Yes.  You see, I am a Mermaid.”
​​​​​​​“There are no such thing as Mermaids.”
​​​​​​​“Oh, yes, I am one!”
​​​​​​​She did not relate to being a Giant, a Wizard, or a Dwarf.  She knew her category.  Mermaid.  And was not about to leave the game and go over and stand against the wall where a loser would stand.  She intended to participate, wherever Mermaids fit into the scheme of things.  Without giving up dignity or identity.  She took it for granted that there was a place for Mermaids and that I would know just where.
​​​​​​​Well, where DO the Mermaids stand?  All the “Mermaids”–all those who are different, who do not fit the norm and who do not accept the available boxes and pigeonholes?
​​​​​​​Answer that question and you can build a school, a nation, or a world on it.
​​​​​​​What was my answer at the moment?  Every once in a while I say the right thing.  “The Mermaid stands right here by the King of the Sea!” says I.  (Yes, right here by the King’s Fool, I thought to myself.)
​​​​​​​So we stood there hand in hand, reviewing the troops of Wizards and Giants and Dwarfs as they roiled by in wild disarray.
​​​​​​​It is not true, by the way, that Mermaids do not exist.  I know at least one personally.  I have held her hand.
​​​​​​​(All I Really Need to Know I Learned in Kindergarten)

I had forgotten this story. But this week, I am glad to be reminded.  Because stories heal us. In 1990, Barbara Bush told the story in her commencement speech at Wellesley College in Massachusetts. After the news of her death this week, I watched her speech. RIP Barbara Bush. And thank you.

Where DO the Mermaids stand? This resonates with me.
​​​​​​​My pedigree is good. Raised in religious environment and trained in religious colleges and seminaries, I came well equipped to see the world the “right” way. But at the age of twenty-five, I became an ordained protestant clergyman, the fulfillment of a lifelong call: that thorny mixture of skill, desire, and parental pressure (which began its germination at the age of four in my case, when I was prompted and paraded as the “preacher boy”–all of it heaped with lavish and addictive accolades). At the time, of course, it did not seem unforeseen. Molded from Calvinist clay, I knew my place in this world. And I knew the path expected of me. Life was as it should be: intact and well contained. I pursued my calling with a vengeance. And there is no doubt that I was a success. The bigger the church, the bigger the crowd. The bigger the crowd, the greater the applause. The greater the applause, the bigger the plaques to hang on my office walls. And the preacher boy grew up, and made good.
​​​​​​​There is one caveat. To find success doesn’t necessarily mean that you gain health. We go about our merry and hectic way, accumulating and weighing, measuring and posturing, hoping that the balance sheet of life judges us with kindness. Until that one day when you look into the mirror and ask yourself, “Why?” and you decide then and there to set about reclaiming that which has been lost-namely, you.

So, let’s be clear: the mermaid story is not about which vocational hat we wear. Because I can assure you that early on as a minister, I focused only on that hat (or more candidly, what people thought or expected about how I should wear it).
​​​​​​​Sadly, I saw only the role.
​​​​​​​I did not see the gift of my own voice.
​​​​​​​I did not see the light inside.
​​​​​​​(Now, on days when I forget, I crank up Bruce, and let This Little Light of Mine ricochet through the trees behind my house. That always does the trick.)

This is about a different yardstick for living. Barbara Bush reminds us all, “Never lose sight of the fact that the most important yardstick of your success will be how you treat other people—your family, friends, and coworkers, and even strangers you meet along the way.”
​​​​​​​This is a paradigm shift from should, to invitation and permission. When you find your voice, there is empathy and a desire to create safe places where tolerance and authenticity thrive.

I needed this story today because (more than ever it seems to me) it doesn’t take much to lose sight.  You know, to give in, because life takes a toll, making it easier to be a giant or a dwarf, even when you know you’re a mermaid.
​​​​​​​When overwhelmed, it is natural to shrug. C’est la vie.
​​​​​​​Which is okay, but not if the outcome is numb.
​​​​​​​When I acquiesce to any “should”, I see only one version of myself and it limits me. (It is no wonder that we limit others, or put them in a box.)
​​​​​​​This week, let us all be the King of the Sea, holding the hand of all mermaids among us.
​​​​​​​Let us choose to be a sanctuary, to invite and embolden and honor our better angels, be that Giant or Dwarf or Mermaid, affirming dignity and value to every person.

Here’s the deal: Don’t live small. Stand up to be counted. Not flattered. Counted. Stand up because you have a voice. To make the world better.
​​​​​​​Be open to the spectacular perils of grace.

It is Earth Day. I don’t care where you park your theology, this is the place we call home. Our planet’s gain is everyone’s gain. And I choose to care for this home.
​​​​​​​Speaking of our home, did you see the flooding on Kauai? The Hawaiian island received torrential downpours over last weekend, causing major devastation. The town of Hanalei 30 inches in 24 hours. To give you perspective. I live in the rainiest place in the US. We enjoy rain 152 days a year. But that only adds up to 37 inches. Do the math.
​​​​​​​I celebrate Earth Week in my garden. I began my week with 15 yards of composted manure for the garden. I’ve loaded over 100 wheelbarrows. Maybe 70 to go. The aches and pains go well with a Côtes du Rhône and an Aleve and a very soul warming grin.

God has not forbidden us to love the world
And to love man and all his works,
To love it with all the naked senses together,
Every shape and colour, every voice and every sound.
There is a shudder in our blood when we see
The traces of his craftsman’s hands upon the world…
Gwenallt (Welsh poet)

You’ve got a friend

Tommy was his parent's pride and joy.  A very bright, creative and contented little boy, he began…

Teachers considered grade school student Gillian Lynne a problem child. You know, one of those students who don't pay…

I spent last Wednesday with an animated group of teachers—St. Augustine’s in Vancouver, BC. Their…