TERRY HERSHEY—author, humorist, inspirational speaker, dad, ordained minister, golf addict, and smitten by French wine. He divides his time between designing sanctuary gardens and sharing his practice of “pausing” and “sanctuary,” to help us rest, renew, and live wholehearted. Terry’s book, This Is The Life, offers the invitation and permission to savor this life, to taste the present moment. Most days, you can find Terry out in his garden–on Vashon Island in the Puget Sound—because he believes that there is something fundamentally spiritual about dirt under your fingernails. 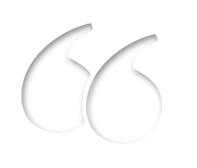 “Today, Hershey’s teaching and preaching is notable in that it supplies information but doesn’t give set answers.”

Terry tries to be live by the motto that “he loses much who has no aptitude for idleness.” On Vashon—where ferry is the main mode of travel—this maxim doubles for a rule: if you have to go somewhere on Vashon, you can’t be in a hurry. And yes, Terry tolerates the rain—so long as he is able to spend some time each winter on a golf course in a land where the sun shines bright.

All this doesn’t mean Terry is immune to the challenges of our fast-forward world: he travels and speaks at numerous events every year, writes books and resources, blogs, promotes causes, gives media interviews, designs gardens… and raises a teenage son on Vashon Island. So he knows a bit about the challenges of trying to live a balanced life.

When he was younger and a workaholic (two degrees, doing ministry and mission work from Japan to Uganda, Africa), it took a divorce to slow him down. This crisis invited him to reassess his vocational journey—because, like it or not, a crossroads of that magnitude makes you take notice. During that time, the seeds of change began to take root in Terry’s heart. He learned that if we don’t take time to pause and say “no” to the violence of overwork and busy-ness, then “no” will be said by default… and we end up saying no to the people we love the most. As a result, Terry founded Hershey & Associates—an organization that provides resources, seminars and retreats on the themes of pausing, sanctuary time, and our need to slow down in intentional ways “to let our souls catch up with our bodies.”